On Redheads, Cycling And The Welsh: The Carlo And Leslie ASIO File Part 2


Yes it is what you have ALL been waiting for, without consciously knowing you were -- I have received the SECOND installment of my ASIO files, which I dutifully publish below, believing, as I do, in the principle of full transparency.

You should read the FIRST post on this, otherwise you simply won't have any clue what is going on. It follows directly on and it seems to me these security pricks have some sort of fetish with recording me in a pub with a bastard called "Leslie". Christ only knows why. 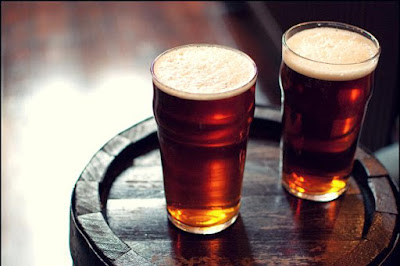 A pub.
[10.12AM, TUESDAY [DATE REDACTED] CARLO ARRIVES AGAIN AT THE [REDACTED] HOTEL JUST AFTER OPENING AND SITS WITH LESLIE AND STARTS DRINKING.]

LESLIE: Legal system bringing you down?

CARLO: Did you know they make you wear pants in court?

LESLIE: So I hear.

LESLIE: Your court case. It’s not the “killing redheads” thing again is it?

LESLIE: Coz they can’t usually survive in the environs north of Melbourne any way. And those redheads that do make it to adulthood have to stay indoors and move about through sewers.

CARLO: Sure that’s not vampires?

LESLIE: No, they are similar only vampires are more fundamentally moral. I should know, my own brother is beset with the redhead malady so I’ve always had to stay sharp and keep on top of their behaviours.

CARLO: YOU’RE RELATED TO ONE???

LESLIE: Yeah. So there's the whole thing where I carry the abomination in my blood too, but refuse to succumb. Like Blade.

CARLO: That’s some heavy shit, man. It’s such a controversial topic. Did you know some people actually consider it racist to kill a redhead?

CARLO: I won't even kill them these days. It’s an OHS thing. You get all that infected blood on you and it takes forever to scrub off. It’s not like normal blood, it clings to the skin, like a worse-smalling napalm. I tell local councils they gotta do their own cleansing operations.

LESLIE: Fair enough too. Shit, what’s the time? I gotta get home to watch the Tour de France.

CARLO: I THOUGHT I TOLD YOU TO NEVER MENTION THAT TWO-WHEELED DEVIL SPORT EVER AGAIN!

LESLIE: Yeah but that’s only coz you still can’t do it.

CARLO: I TOOK ALL THE SAME DRUGS AS LANCE ARMSTRONG! ALL THAT HAPPENED WAS I FELL OFF MY BIKE!

LESLIE: You shouldn’t have mixed it with all that red wine.

CARLO: That is where I usually go wrong with drugs. The point is WHERE IS MY BEER? YESTERDAY YOU PROMISED ME A FUCKING BEER!

CARLO: WHAT ARE YOU TRYING TO SAY?

LESLIE: I’m broke. I can’t afford beer. I just said that to shut you up. Now I really gotta get home for the cycling...

CARLO: THIS IS JUST LIKE THE SIEGE OF TROY ALL OVER AGAIN!!!

LESLIE: No, come on … the siege of Troy is a very sensitive issue for me.

CARLO: Oh “come on Carlo, go invade Troy!” you said. “There is this girl named Helen held captive and she is the most beautiful woman ever,” you said. “I swear she's the one! Please Carlo, go and liberate her and I’ll BUY YOU A BEER!” you said. DO YOU KNOW HOW LONG IT TOOK ME TO BUILD THAT GIANT WOODEN HORSE!

LESLIE: Yeah well, I couldn’t have known she’d go running back to Menelaus. Never seemed a happy marriage. Still, it really didn’t help that the few times I got Helen alone, you invariably burst in shouting “where is my fucking beer!”

CARLO: What a great question! WHERE IS MY FUCKING BEER, RICHMOND?!

LESLIE: I was depressed by the Helen thing! It was a hard time for me! I dedicated myself to wearing black and listening to The Smiths, but black wasn't in fashion and The Smiths weren’t invented until 1983. It was a really hard few thousand years.

LESLIE: I can’t afford it.

CARLO: YOU LIED TO ME AGAIN!

LESLIE: How about tomorrow?

LESLIE: Yeah, meet me here tomorrow and I’ll definitely buy you a beer.

LESLIE: Absolutely. I'm off to watch the cycling. You coming?

CARLO: No, I think I’ll stay here, wait till that bastard at the next table turns his back, then nick his beer.

[LESLIE LEAVES. CARLO SPENDS THE REST OF THE DAY STEALING OTHER PEOPLE’S BEERS WHEN THEY ARE NOT LOOKING AND EVENTUALLY GETS THROWN OUT FOR A DRUNKEN RENDITION OF “DIRTY OLD TOWN”.]