The Tale of the Roller Skating Archaeologist Part 2

Read Part 1 or you will be very lost 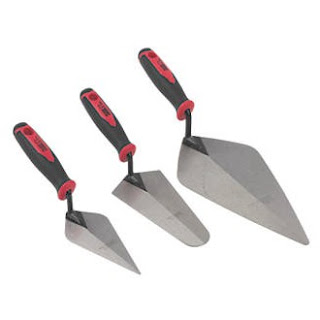 The Adventures of Carlo and Leslie: The Tale of the Roller Skating Archaeologist


[On a sand-covered beach with one palm tree for shade, Carlo and Leslie sit in their now sandy Napoleonic-era uniforms.]

LESLIE: I suppose you’re happy now. To be so far away from Belgium where there ACTUALLY IS booze…

CARLO: [looks intently at a coconut] How long does it actually TAKE for these things to ferment?

LESLIE: Also in Brussels, there is water, food, accommodation... AND THE FUCKING CONVENTION WE ARE MEANT TO BE STOPPING SO AS TO PREVENT ALL HELL BREAKING LOOSE!

CARLO: [stands up and yells at the coconut] FERMENT YOU BASTARD!!!

LESLIE: You won’t even like fermented coconut. It’ll just remind you of that fermented horse milk we were forced to drink back when we rode with Genghis Khan.

CARLO: OH GOD! Genghis! All I wanted was a fucking beer!

LESLIE: As you insisted very loudly. God knows  I don’t mind running, but an enraged Mongol horde gets up quite a head of speed.

CARLO: The man had no vision! I tried to tell him! All of this conquering and subjugating and establishing the largest contiguous land empire in human history is one thing! But you want to think big! “Genghis, mate,” I said, “you wanna go invade New Zealand! In about 800 years, they’ll make the Lord of the Rings trilogy there and THINK of the royalties!”

CARLO: AND HE NEVER BOUGHT ME A FUCKING BEER! Now it’s all come flooding back.

LESLIE: Can we concentrate on getting off this island? It’s getting quite serious, there’s sand on my coat!

LESLIE: Well maybe you should be. Did you hear what that archaeologist said on the plane? Their army is led by Boudica!

CARLO: [shocked] The roller derbying archaeologist? [shudders] She once shoulder-checked me in the queue for the bar … I couldn’t walk for months.

LESLIE: This is far more serious than we feared. What the HELL is Duz thinking?

CARLO: Do you think this coconut has fermented yet?

[They are interrupted by a rumbling sound in the distance.]

LESLIE: [looking up] What’s that?

CARLO: [jumping up] Are we saved? IS THERE BOOZE?!

LESLIE: [squinting into the distance] It looks like Robinson on [squints] a flying goat!

CARLO: That fucking stoner?!? [slams back down on the sand in disgust]

[Robinson flies in and lands his magical flying goat next to them on the sand while smoking a large joint.]

LESLIE: How did you find us?

ROBINSON: I had a dream… plus I attached secret tracking devices to all known archaeologists. [Pats back of the goat] Jump on!

[Leslie gets on, followed by a reluctant Carlo.]

ROBINSON: You’ll be needing a drink.

[He hands a bottle of some spirit in the direction of Leslie. Carlo snatches it and greedily skulls it then finally hands the bottle to Leslie, who tries to drink from it but finds it empty.]

ROBINSON: Let’s get you to Brussels to stop this convention.

[He takes off into the sky. Leslie and Carlo holding on for dear life.]

[An army of flying roller derby women takes chase, with jet-fuelled rollerskates and roller derby costumes and helmets. Boudica is in the lead.]

BOUDICA: [Flying up alongside the goat] Going somewhere are we? Maybe planning a quick trip to Brussels? [she takes aim with her skates] Be careful of any … unexpected turbulence!

[Boudica fires lasers from the back of her skates and Robinson steers the goat to dodge it in time. Other flying roller-derby soldiers start firing their skates and Robinson spins round to produce a bong-laser, firing at the attackers. The soldiers twist and turn, firing and dodging as a battle ensures. Leslie holds on desperately as Carlo wildly swings his machete at random rollerderby soldiers. Eventually, the goat starts to pull away and Boudica pulls up, raising her hand to stop her troops.]

BOUDICA:  They get away this time, but we’ll meet again! Onwards to Brussels and world domination! [She laughs manically.]


[Robinson, Leslie and Carlo walk down the footpath of a Brussels street as mad traffic shoots past. It’s raining.]

CARLO: Why does it ALWAYS FUCKING RAIN in Brussels?

LESLIE: It doesn’t always rain. There was actually a day on record in 1736 where it merely drizzled a bit in the morning.

[They walk past the famous fountain with a statue of young boy holding his penis as he pisses water. They are so engrossed with stopping Hell on Earth that they don’t notice.]

LESLIE: So how do we get there?

ROBINSON: You have to cross the road.

LESLIE: Are you sure?

ROBINSON: Killed when a rogue 4WD rode the pavement.

ROBINSON: Oh no, they just make them. [points across the road a hugely ornate medieval Gothic building] There’s the convention centre. Now [looks at watch] I’ve got another flying goat to catch. If I’m quick I can still make Amsterdam by the time the coffee shops open.

[Robinson leaves as Carlo and Leslie stand and watch the 4WDs flow past.]

LESLIE: So… how do we cross?

[Carlo starts to speak when a bunch of bicycle riders stream down the footpath toward them, scattering them on to the road, forcing them into a mad dash as 4WDs nearly hit them.They stumble onto the opposite footpath.]

[They look up at a towering and opulent building. A small printed sign on a glorious looking door reads “Archaeologist Convention: Artifacts And Global Domination”.]

[They look in the open door inside a huge hall filled with seated convention attendees. A middle-aged man in a cheap suit addresses them from the stage.]

ARCHAEOLOGIST: I hope you’re all enjoying this year’s very special Archaeologist Convention. We’ve been very privileged to unveil a whole array of incredible new discoveries, thanks especially to our wonderful benefactor, Mr Duroyan.

CARLO: [Watching from the door] THAT BAVARIAN BASTARD!

ARCHAEOLOGIST: And we have saved the best for last, a truly remarkable new discovery that is certain to change the very course of history itself. And to unveil it for us all, we have a very special guest, one of the giants of the archaeology world, it is my incredible honour to welcome to the stage... Amy!

[Crowd applauds loudly as Amy walks on stage in a conservative-looking suit, wearing glasses. The crowd gets to its feet and cheer, trowels waiving in the air.]

AMY: Thank you very much. It’s great to see so many familar faces out here [she looks straight at Carlo and Leslie peering in at the back and gives a knowing smile]. And now to unveil the discovery that will FINALLY give the academic field of archaeology the respect we deserve!

AMY: Now to hand over the goods... Duroyan!

[Applause and trowell waving as Duz walks out, dressed a bit like an Afghan peasant and carrying a small, unimposing wooden box.]

LESLIE: He’s actually going to do it! We have to stop him!

[They rush into the hall. On stage, Amy takes the box from Duz.]

AMY: Finally it is ours! When I open this box, Hell on Earth will be unleashed and ARCHAEOLOGISTS WILL REIGN AS FORETOLD IN THOSE INDUS VALLEY SCRIPTS WE PRETEND WE CAN’T DECIPHER!

[Cheering and trowel waving. Carlo and Leslie arrive on stage.]

[Duz puts up his hand and mouths “hold on”.]

[Amy opens the box. Leslie and Carlo declare “Oh shit!” as huge clouds of red smoke billow out of the box, then there’s a crack of lightning and as the smoke clears, Lucifer stands there with horns, a forked tail and hooves instead of feet, wearing a red coat and holding a red trident.]

LESLIE: It never ceases to amaze me just how right popular culture got the Devil.

CARLO: [outraged] HOW COULD YOU LET THIS HAPPEN DUZ!

DUZ: It’s OK, I didn’t just sell this to archaeologists without a plan. I knew opening the box would unleash Lucifer and so I prepared the special brew we used last time. All we have to do is throw it over Satan and he’ll be sent straight back down to Hell. Now I left it just over…

[Duz looks in Carlo’s direction as Carlo gulps from a mug.]

LESLIE: Carlo, did you just drink the magic potion we need to use against the Prince of Darkness to stop him unleashing Hell on Earth and a thousand year reign of archaeologists?

CARLO: [wipes mouth] I thought it was one of those Belgium craft beers.

DUZ: YOU IDIOT! This is the invasion of Persia all over again!

CARLO: Come on! Alexander the Great left without me!

DUZ: He couldn’t get you out of the pub! You kept muttering about the $5 happy hour and how the covers band were rocking!

CARLO: They were awesome! I didn’t like their version of “Dirty Old Town” though.

DUZ: In their defence, it’s pretty hard to play when your machete is pressed against the singer’s throat while you shout at them to play that poetic yet gritty take on life in a post-war northern English industrial town. It was all he could do to screech: “It’s the 4th Century BC, I don’t know what a gas work wall is!”

LESLIE: Decent effort though. But reminiscing about all the places Carlo was too drunk to invade isn’t going to help us stop the Evil One from unleashing unprecedented pain and misery on all humanity!

CARLO: Hold on… [he starts to gag] That brew’s gone down even worse than Belgium craft beer! Don’t worry, I think I’ve got this! [He rushes at Lucifer] HERE’S THE DRINK I OWE YOU SATAN!

[Carlo projectile vomits all over Lucifer, who screams in horror then disappears in a puff of smoke, leaving behind only a sick-covered cape.]

CARLO: [holding his stomach] That feels so much better.

AMY: You will pay for this! [to the crowd] ARCHAEOLOGISTS! ATTACK!

[A hail of trowels rain down on the stage as Carlo, Leslie and Duz dash to safety. They emerge out the back of the building, then round to the main road. They rush into the chaotic traffic, causing wild beeping and swerving. They somehow make it to the other side, and stand with hands on knees, breathing heavily. The enraged archeologist mob wave trowels and shout from the other side of the road, the traffic a roaring unpassable ocean they can not cross.]

DUZ: [Dusts himself off] Right. To the pub! My shout with the proceeds of the sale!

LESLIE: [shakes his head] Why didn’t you just tell us that was your plan?

[They walk off as a couple of trowels flung from across the road fall nearby.]


[The pub. Duz is now dressed as an Irish farmer and is setting three pints of Guinness on the table where Leslie and Carlo sit in their Napoleonic uniforms.]

DUZ: [sits] I told you there was a pint of Guinness.

CARLO: [lifts pint] You might be a Bavarian bastard but I never doubted you!

LESLIE: [sips] It tastes even nicer as proceeds from yet another besting of the Prince of Darkness.

CARLO: But there's times when I think about ALL the beer I’ve drunk over all those years...

LESLIE: So much throughout all history.

CARLO: ...and I think that if I had all that money I spent on beer … just imagine how much beer I could buy!

LESLIE: Quite a lot, definitely. Even taking into account inflation and rises in alcohol taxes, that's still an enormous amount of purchasing power.

DUZ: You could finally stop harassing other people to buy you beer all the time.

CARLO: Oh no! Just coz I’d be rich would be no reason to give up my favourite pastime!

[They all listen. Nothing happens.]

CARLO: Ah it’s just the lack of whiskey getting to you! [He stands up, machete in hand] I’ll go sort that out.

[As he walks off, the unmistakable sound of someone rollerskating nearby is heard.]