These clips of J. Cole and Janelle Monae might give some clue to why the US has exploded 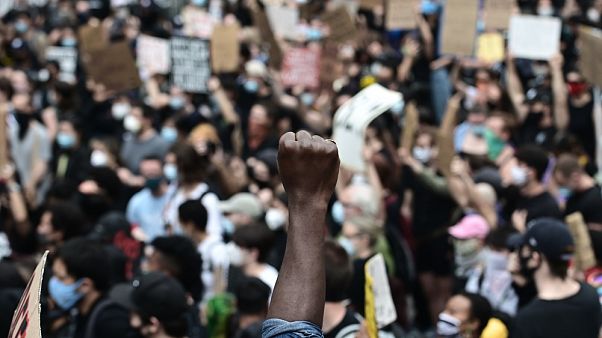 I don't really get what is happening in the United State right now.

I simply cannot see what in the US's history of genocidal dispossession of its original inhabitants, wealth built by slaves, violent suppression of post-slavery Black people to keep them second class, violence unleashed on super-exploited workers fighting to improve their conditions with anti-union terror common place, growing imperial machinery to use violence to impose your interests the world over as a bloodstained super-power, a campaign  of disruption and murderous violence against Black radicals, the collapse of post-war prosperity and extreme rise in inequality and general suffering as the top 1% grow exponentially richer all the while the judicial system imposing extreme violence against non-whites, also often the poorest, grows too, and the out-of-control system wrecks havoc on the planet causing worsening extreme weather that disproportionately affects the poorest everywhere including the US where it is an opportunity to ethnic cleanse Black areas in the name of "gentrification", worsening persecution against migrants whose cheap labour underpins the entire economy, and the undemocratic, corporate-owned electoral system blocking any sort genuinely pro-people movement to express itself institutionally all the while people's living conditions keep worsening and there isn't even basic universal health care, then a deadly pandemic breaks out and the government does fucking nothing to help its people with the virus killing Black people disproportionately and yet more deadly violence against Black people could give us any sort of clue this explosion was coming.

Still I guess it hasn't entirely come from nowhere. These two songs from the US I have found myself listening to, one after the other, when thinking about US state violence against its people, espeically the ones with black skin.

The first involves heartbreak, the second defiant fury, The second follows the first.

The first is by rapper J. Cole, performed on Late Night With David Letterman in 2014, in the aftermath of Eric Garner's murder (among many others). The second is by neo-soul singer Janelle Monae and everyone else from her own record company Wondaland.

'All we want do is take these chains off'

In unrelated news, Black people are shot dead with impunity by police in Australia too. Aboriginal country singer Kev Carmody produced this haunting yet matter-of-fact tale of the cold-blooded murder of Aboriginal man David Gundy. And unrelated to this tale is the outbreak of Black LIves Matter protests in Long Bay prison today.