With its Luke Kelly overview, 2018 was the year Jacobin published a reasonable piece on popular culture. The End Times are here. 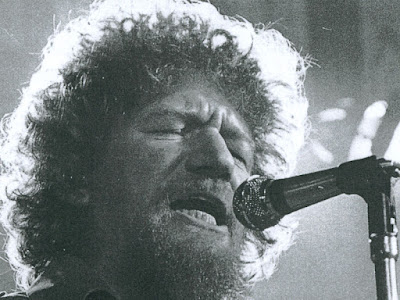 2018 will be recalled as The Year that Marked the Arrival of the End Times.

There were bush fires in the Arctic, a fascist was elected president of the world's fifth-most populous nation, and the US socialist publication Jacobin Magazine ran a reasonable piece relating to popular culture.

There is no other conclusion to draw. All we need is for a Donald Trump tweet to make vague sense and we're done.

Jacobin, after all, is not known for reasonable pieces on popular culture. They seem to think that "popular culture", as a field dominated by "the Class Enemy", is something to shout at. Their approach tends to involve declaring loudly just how much they are "Against" things in a bid to generate clicks with cheap didactic controversies.

This leads to some regrettable cases. Maybe the most extreme was the horrific and offensive piece they ran just after US country music legend Merle Haggard died, that involved an extremely dishonest and one-sided slandering of the singer.

I was so incensed I wrote a post with the catchy title: "An Open Letter To Jacobin Magazine On The Matter Of Merle Haggard: Please just shut the fuck up before you embarrass the Left any further".

In my response, I was far from alone.

However, their piece on legendary Irish folk singer Luke Kelly ('Ireland's Red Troubadour') is better. It is informative and sharp, capturing the dynamic interplay between artistic creation and the social conditions that surround it. Christ, I'd even encourage people to actually read it and God knows I never thought I'd say that about a Jacobin piece on popular culture!

The piece not only looks at the artistic qualities of Luke Kelly -- best known as a member of The Dubliners and often considered Ireland's greatest folk singer -- but provides a useful overview of the social conditions in which he grew up, and the broad social forces behind the Dubliners' role in reviving and transforming Irish folk music.

It is true that in Luke Kelly, Jacobin has an easy case to manage. He was, after all, not simply a brilliant balladeer but also a dedicated socialist. At one point a card-carrying Communist, he travelled from pub to pub in England, performing songs then selling The Daily Worker to audiences.

Kelly's status as a socialist allows Jacobin to acknowledge his importance as a singer without getting caught up in awkward complications involving contradictory and shifting politics of artists as they seek to engage with the world around them in a process mediated by fucking capitalism, its power, and its capacity to determine how you earn a fucking pay check as an artist.

Not so poor Merle Haggard, who may have been one of the greatest American singers of the post-war period and a towering figure for millions of working people, but he did have some political contradictions, the goddamn sap. So fuck him, better to accuse him of fantasising about a place where "politics remained untroubled by the presence of non-whites” despite writing multiple anti-racist songs.

Not that I'm bitter.

Luke Kelly was not a songwriter, but a brilliant interpreter and performer of songs. His legacy rests on his stunning capacity to express emotion in his vocals and whose versions of several Irish folk standards are definitive.

He was also a socialist committed to the interests of ordinary people -- and saw folk music as a way to express this. He refused to tour South Africa, helped organise political rallies at which he also performed, and supported the civil rights struggle in Northern Ireland, opposing internment and other brutal policies of the British state.

Ireland shaped Luke Kelly, his music flowed from the heights of its history, rose and fell with its social upheavals, and mourned its unfulfilled promises. But maybe more importantly, Luke Kelly shaped Ireland. His music became part of the national fabric...


But probably his greatest contribution was the fact that no other known figure in human history has rocked a giant Ginger Afro like quite like Luke Kelly, 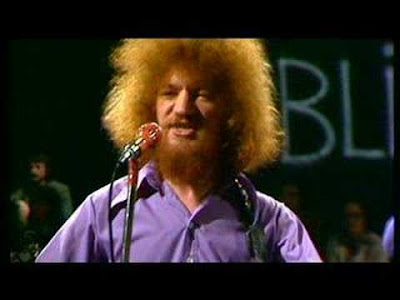 In honour of Jacobin's unexpected achievement in publishing a cultural piece that doesn't make you want to tear your own eyeballs out, I made a playlist of 10 songs, posted below, sung by Luke Kelly.

It is a range of songs, including his iconic version of tracks like "Raglan Road" and "The Rocky Road to Dublin". It features his moving version of Phil Coulter's ode to his disabled son, "Scorn Not His Simplicity"-- a song whose emotional power Kelly respected so much only ever performed it  publicly once, so as not to undermine it with repetition.

The only explicitly political song is the first on the list, "Alabama '58", about systemic racism in the US. But there is social commentary through out, especially the Coulter-written "A Town I Loved So Well", which details the destruction of British-occupied Derry in the 1970s.

Some are traditional songs that The Dubliners helped revive with defining versions, such as "Whiskey in the Jar", others more recently written songs that, in large part by the Dubliners effort, became classics and standards, such as Brendan Behan's prison song, "The Auld Triangle", and the English folk singer Ewan McColl-penned "Dirty Old Town" (like Kelly, both Behan and McColl were socialists).

The track listing is below...