Dori Freeman's Ten Thousand Roses is defiant, lush and why we shouldn't detroy the world for any world leaders listening 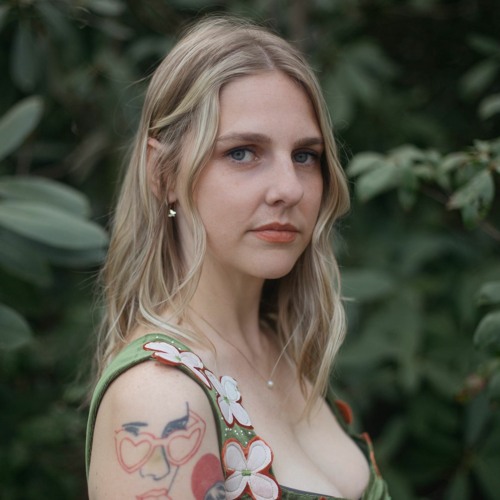 Reps of world governments are insisting on meeting right now in Glasgow for COP26 to discuss all the ways to spin letting global corproate power continue to wreck havoc on a planet increasingly crippled by mutliple fronts in an ecoholocaust. I mean, I wouldn't mind visiting Glasgow one day but I'll probably restrain myself from delivering dire warnings about "doomsday" while also being sued in court for actively faciliting plunder and destruction on a truly planet-destabilising scale. Tho that might depend on how much whisky I drink.
Against such odds, it can be easy to just gie up. But humanity has achieved great things far too valuable to lose, such as quality country music. There are no songs of being heartbroke and drunk on a dead planet!
Lucky then that to coincide with COP26 (or maybe to coincide with the re-opening of society after many months of pandemic control measures), there is a whole bunch of new music being released by artists in the broad and badly named "Americana" genre (or "heavyweight songwriting", as Australian country musician and Double J "Tower of Song" host Henry Wagons puts it).
The best I;ve heard so far is Dori Freeman's Ten Thousand Roses.
Freeman has a voice that can leave you speechless. The singer from the Appalachian region in Virginia matches devastating vocals with an understated persona and stage presence born of performance anxiety. Her 2016 self-titled debut was stripped back country/folk that stood out for its ability to convey emotional complexity in straighforward songs. On "You Say", she insists she needs no man to save her before shifting to hurt-filled longing for a man.
On his show, Henry Wagons described discovering Dori Freeman as one of those "holy fucking shit" moments. Freeman was in Australia for a festival in 2017 and he'd stumbled into some media event one morning in a hotel foyer where Freeman was playing to disinterested industry types and was blown away. It's no surprise, she has a voice up there with Emmylou Harris or Patsy Cline with its simple emotional power.
Freeman's quality from the start was shown in the fact that she got singer-songerwriter Teddy Thompson to produce her debut simply on the strength of songs she sent him on a whim. Teddy's dad Richard, a giant in folk and rock circles, offered his legendary guitar playing to Freeman's second album (on which she also covered Richard and Linda Thompson's "I Want To See The Bright Lights Tonight").
Ten Thousand Roses is Freeman's fourth album and her best since her debut. But where the debut stood out for its raw, stripped back vocal-driven qualities, this album rounds out Freeman's sound. Produced by her husband and drummer Nick Falk, it deepens the trend of her previous album, adding a kinda indie and often lush sound within her existing country, folk and bluegrass style.
Along with added complexity to her sound, the album lyrically covers far broader ground. Freeman sings directly to a woman being badly treated by her partner in "The Storm", while on the "I Am" she happily describes herself as a "drama queen" with a "mind as dirty as the bottom of a coffee can".
There are songs of frustrated romance and lust, such as "I Wanted To" where, denied, she was forced to "call some other lover who was off the wall". But "he has to know, I was imagining you".
"Nobody Nothing", meanwhile, advises women:

And then there is "Appalachian". On this stand-out track, Freeman confronts head on something she has often mentioned in interviews -- the idea that people from Appalachia are looked down on, not taken seriously, dismissed as "hillbillies" and patronised at best.
But, like fellow Appalachian country singer Tyler Childers' stinging response last year to Black Lives Matter that appealed to Appalachia's history of violent rebellion in support of the anti-racist uprising that was ripping through the US, Dori Freeman goes further. Noting how people from Appalachia are viewed and treated ("I'm a can for the world to as"), she follows Childers in savaging the corporate destruction of the region ("Another city they're carving, and here the people are starving".)
The dismissive, hostile or patronising attitudes towards the Appalachian region is wedded to the de-industrialisation, abandonment and gross exploitation of the region by corporate power that "put's the money we make in the pocket of their suits").
This understated song (it's not exactly Rage Against the Machine) contains a defiant pride:

I come from the holler, me and the flowers got taller
We reached right out to the sun, we drank up all of the rain
Like a spider we spun
Our web in all directions

But this pride is about far more than geography, it is shot through with real class pride:

They'll try to wither you right down, tear you up from the red ground
If you're poor then you're stupid and blind
But I'd say a calloused hand
Is far better than a callous mind

Ten Thousand Roses is Dori Freeman's best album so far. I can only believe ignorance could keep it off any serious list of best albums of the year. Surely.