There is a certain amount of media commentary these days speculating that Labor PM Kevin Rudd's "honeymoon" with the "electorate" (that is media-speak for us) is over.

When Kevin Rudd was elected, he had a key quality that won us/"the electorate" over.

And for that, we loved him.

But you know what it is like. We were on the rebound from a bad relationship. We needed to get away from John and Kevin was there.

But would it last? Do we/"the electorate" even have much in common with Kevin?

After all, polls suggested we want troops out of Iraq, he wants to keep hundreds of them there. We are not big fans of the Afghanistan occupation, Kevin is increasing our involvement.

We just *cannot stand* climate change, and, while he swears he hates it to and even signed Kyoto to prove his love to us, it is becoming increasingly obvious he isn't really actually, you know, doing much about it.

He *says* he is serious about climate change, but he just *wont commit*. It is clear he has strong feelings for the coal industry. He should just admit he loves them.

It isn't as though we are saying he can never see the coal CEOs again. If he wants to meet up every now and then for coffee, that's cool, we wont get jealous.

But, if our marriage is to work, he really has to stop sleeping with them.

Then there is the mixed messages he has been sending us about Indigenous rights.

First, he seduced us with the apology, and then the two-timing, no good scumbag went and kept up the racist, apartheid-imposing NT intervention!

Then there is how he swore to us that he was totally dumping Work Choices and it was all over, while he has actually been quietly keeping most of it anyway!

So — is the honeymoon over? Let's hear what Comrade Tex has to say, put to the cool slide guitar of The Cruel Sea.

All I can say is I always said this marriage was never going to work. 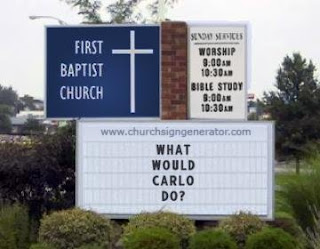