The problem with the fucking British... 30 years on from Bobby Sands' hunger strike

You know the thing about the fucking British? They fucking fuck shit up.

You can’t take the fucking Brits anywhere, they always insist on taking their fucking armed forces with them and invading and colonising the god damn place. I hear Cromwell was invited over to Ireland back in the 17th century for a FUCKING PINT OF GUINNESS.

Next thing you know, the entire place is blown to shit and the country bloodily subjugated. Again.

The British make the worst dinner party guests ever. More than anything else, they just never know when to fucking leave.

And when forcibly evicted, they insist on holding on to what they can. They grab at whatever bottles of wine and after dinner mints within their reach and won’t let go.

Possibly even more ink than blood has been spilled over the terrible violence during the Troubles in the six counties of Ireland the British insist on pretending are British despite the fact that a simple glance at a map would seem to indicate those six countries are actually IN FUCKING IRELAND.

And yet so little of what has been written starts from the basic premise that those six Irish countries... are... well... IRISH.

I realise this is a complicated concept. I realise when you brutally conquer and pillage someone else’s land all sorts of tricky moral issues arise such as “Is this our land? Or does it belong to the people we raped and pillaged?”

It is a tricky one, as we realise here in Australia. I mean yes, the land invaded and brutally colonised did belong to someone else.

But... did it really? I mean really? And what does ownership really mean?

These are the profound philosophical questions a brutal coloniser grapples with, but I'll tell you one thing, try and take Carlo Sands’ fucking beer and you will find out what ownership fucking means.

The Israelis also struggle with this question. Actually, they don’t. They have the charm of being refreshingly blunt and prefer to complain that the Arabs are breeding too fast.

And they don’t have any qualms about passing judgments that it is perfectly legal and justified to murder Palestinians in cold blood.

The British, on the other hand, have finally decided it is not legal to shoot Irish people. The Brits can’t just go around shooting Irish people in Ireland any more — it’s been declared unlawful.

This is a true story. It happened just last year.

The context is the findings released last year in an inquiry into the January 30, 1972 Bloody Sunday massacre in Derry in which 26 unarmed Irish people were shot by British soldiers at a civil rights protest. Fourteen people died, seven of them teenagers.

It only took the British some 38 years to publicly acknowledge the fucking obvious: that British troops had, in fact, gunned down unarmed Irish people, in Ireland, while they took part in a civil rights march.

It was a 12-year long inquiry that cost British taxpayers £191.2 million to decide that responsibility for the bloodshed lay with those doing the shooting rather than those getting shot.

Such a rejection of a venerable English tradition no doubt caused quite a stir among sections of the British establishment: first fox-hunting, then shooting Irish people — they must be terrified they’ll ban polo next. 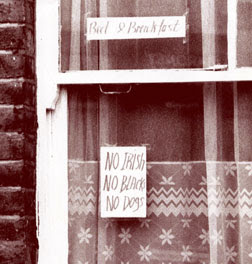 The Irish, on the other hand, should probably be grateful.

After all, it took Britain 150 years to apologise for the so-called “Potato famine”, in which about a million Irish people starved to death and another million emigrated despite the fact that plenty of perfectly good food was being shipped out of Ireland at the same time ... by the FUCKING BRITISH.

Such a deliberate policy could, by some nasty, small-minded bigots who just can’t let go of an odd million or so people being condemned to a horrific death by starvation in a totally unnecessary fashion, be considered genocide.

Regardless, at the very least, you can’t say the British are not getting quicker at acknowledging their errors/crimes against humanity.

I raise all of this because March 1 marked the 30th anniversary of the start of a hunger strike a young Irish man called Bobby Sands. He died 66 days later. Nine other men died on hunger strike in the prison they were held in.

Sands was incarcerated in what was best described as a concentration camp called Long Kesh and, with other Irish republican prisoners, was tortured and beaten remorselessly. He had been sentenced in a trail without a jury to 14 years jail for possession of a gun — five other men were charged for possession of the same gun.

Sands was a young man who personally faced brutal persecution and wanted to defend his community from fascist gangs and British soldiers (sorry, that’s a tautology).

For his troubles, he got railroaded through a jury-less trial.

In prison, republican prisoners began to protest the denial of basic civil liberties. They wished to be recognised as what they were: prisoners of a war brought to their country by Britain.

Seeing no other way to get their grievances heard, a hunger strike was organised. Sands was the first to start, on March 1, 1981.

In return, Sands copped relentless abuse by the Thatcher government for being a cold-blooded terrorist — of the sort Thatcher would not deign to negotiate with.

This being the same government that was backing the Khmer Rouge in Cambodia.

In the middle of Sands’ hunger strike, a by-election in the seat of Fermanagh and South Tyrone was held. Sands was put up as a candidate.

Running from within the conceptration camp, Bobby Sands won.

On May 5 1981, Bobby Sands, honourable representative for Fermanagh and South Tyrone in the British parliament, died. One hundred thousand people turned out for his funeral.

Can you find Ireland on the map? I’ll give you a hint, it is not in Britain.


SATISFYING NEWS: In the February 26 Irish elections that resulted in the Fianna Fail government getting lynched by voters for imposing savage austerity and handing the country over to the IMF, Sinn Fein candidate Dessie Ellis won a seat the Dail in the Dublin North West constituency.

Twenty-two years ago, a Fianna Fail government handed Ellis over to the British to face “justice” for resisting British occupation. On February 26, he took a seat belonging to Fianna Fail.

JUST IN: In a piece of even MORE satisfying news, the Irish just beat the English in a World Cup cricket match... 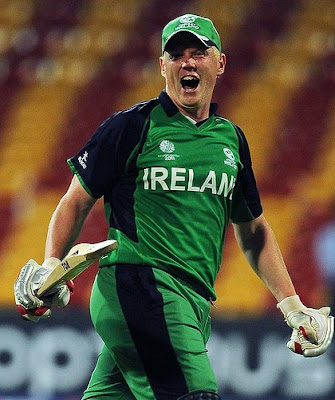