Best LOLcat there is 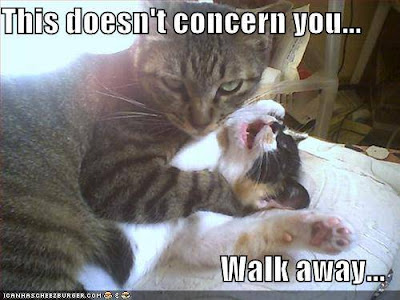 Also, the groundbreaking film below speaks to me too... about the threat to goonbags and the importance of ironing, among other things.

See the rest of the Conversation series:
A conversation: a short film about beer and ovaries

A second conversation. A short film on refugees and gaffer tape.

Email ThisBlogThis!Share to TwitterShare to FacebookShare to Pinterest
Labels: LOLcat, threats of violence