And some people think capitalism is a system with nothing of any social value to offer any more???

Now, after the incredible scenes of the royal wedding on Saturday, it may be possible the world's had its fill of Prince Harry and Princess Meghan news.

But it would be a fucking shame if we let this moment pass, in which the very embodiment of imperial power, unearned wealth, inherited privilege sought to slightly soften its image by letting a ginger marry a biracial American while the homeless were physically evicted from the surrounds, without highlighting a profound point it has proven beyond doubt.

Because there are some people out there who refuse to stare social reality in the face ... (possibly printed onto a single piece swimsuit)... and say capitalism is nothing more than a social system based on gross exploitation of people and the planet that has long exhausted any historical progressive role it could play!

WELL SUCH CYNICS NEED TO COP A LOAD OF THIS!!! I'LL POST IT AGAIN IN CASE YOU MISSED IT THE FIRST TIME!!!

Yeah that's right, forget "but what about your smart phone" smart-arse answers to those who defend a social system that can only produce such technology in factories so terrible they put suicide nets to stop the modern day slaves from jumping... WE FINALLY HAVE THE EVIDENCE OF JUST HOW SOCIALLY VITAL CAPITALISM TRULY IS!

YES!  The online printing company Bags of Love is offering customers the chance to have the newly-wedded royals faces printed on anything customers want, which is exactly the sort of individual choice directing a free market that Adam Smith famously described in his 18th century treatise: An Inquiry Into How The Wealth of Nations Can be Extended By Putting An Inbred Ginger's Chin Onto a One Piece Swimming Suit So It Sort of Looks A Bit Like The Wearers' Exposed Pubic Area.

A spokesperson for the told the Metro:


Our favourite [printing suggestion] has to be the Harry and Megan and Wills and Kate swimsuits. Nothing like printing the face of a Prince or Duchess on a swimming costume and rocking it proudly on the beach.

Oh no, nothing like it at all, and in case you've forgotten, HERE IT IS AGAIN!!!


Yes, according to News.com.au:

If a swimsuit’s not your thing, there’s hundreds of themed merchandise springing up on the internet to buy. From a commemorative coin to tea towels, condoms, T-shirts and napkins, here are some of the wacky items on sale.

My God, you read that right! Harry and Meghan condoms! WHAT A SOCIAL SYSTEM!

Oh capitalism has its critics who bang on about how 62 people own 50% of the world's wealth while 25,000 children die every single day from mostly preventable causes. BUT FOR FUCK'S SAKE... HAVE ANOTHER LOOK AT THESE SWIMSUITS AND TELL ME IT ISN'T WORTH !

Sure, Cuba has free health care and has a lower infant mortality rate than the United States, but what is the point of raising children in a world where they cannot buy a swimsuit to allow Prince Harry's chin to cover their groin??? IT DOES NOT BEAR THINKING ABOUT!

AND THE THREAT TO HARRY AND MEGHAN SWIMSUITS IS NOT JUST IN THE CARIBBEAN! No, the leader of Her Majesty's Allegedly Loyal Opposition is Jeremy Corbyn, an infamous self-confessed socialist!

And his left-hand comrade is Labour shadow chancellor John McDonnell, who just fucking told the BBC that his "job" was to "overthrow capitalism"!!!

His pathetic justification was that he wanted to “radically challenge the system” to prevent another catastrophic economic crisis like the one ordinary people are still paying for with savage austerity, with the sick freak stating :


Only a few months ago we had someone die, a homeless person die, within feet of a door at Parliament. I don’t want to live in a society like that and I don’t think the British people do either.

Yeah that's right. NO MENTION AT ALL of Harry and Meghan swimsuits or even condoms! Presumably such progress has no place in Comrade McDonnell's socialist dystopia.

Sure, Corbyn-led Labour's policies aim to end homelessness and extreme poverty.... BUT AT WHAT COST TO SOCIETY???

Well OK maybe their proposals actually say nothing at all about not letting people part with presumably hard-earned cash to get disturbing products over the internet, and are just about bringing the large corporations to heel and putting essential and major industry into public hands to organise the economy in a more rational and sustainable fashion... but can we afford to take the risk???

LOOK AT WHAT IS AT STAKE!

No, we must stick with the social system we know and trust. The social system that delivers! OK maybe not in relation to action on climate change, as just 100 companies are responsible for 71% of all global emissions... but on the important things like how to commemorate a wedding involving an aristocratic, outdated, over-privileged institution with real style!

As the great, sadly late Texas country singer-songwriter Guy Clark puts it so clearly in the song below, let's stick with the "stuff that works".

Stuff that works, stuff that holds up

I can't say for certain, but I am pretty sure Guy Clark was talking about monopoly capitalism in this song. 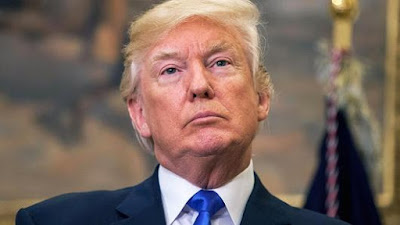 Oh shit, it's not Russia!

Aides to Donald Trump, the US president, hired an Israeli private intelligence agency to orchestrate a “dirty ops” campaign against key individuals from the Obama administration who helped negotiate the Iran nuclear deal, the Observer can reveal...

Jack Straw, who as foreign secretary was involved in earlier efforts to restrict Iranian weapons, said: “These are extraordinary and appalling allegations but which also illustrate a high level of desperation by Trump and [the Israeli prime minister] Benjamin Netanyahu, not so much to discredit the deal but to undermine those around it.”

... [It is not]  known if the black ops constituted only a strand of a wider Trump-Netanyahu collaboration to undermine the deal ...

Yes, collaboration with Israel towards destroying a deal to defuse dangerous tensions with Iran, so as to avoid a dangerous war with unpredictable consequences against a nation with a far bigger population that neighbouring Iraq. COZ WHICH SORT OF SICK BASTARD DOES NOT WANT A POTENTIALLY NUCLEAR WAR AGAINST IRAN???

Not that is the first evidence of Trump collusion with Israel. His team did that before  he was even inaugurated president, which is what they are accused of doing with Russia. Such collusion is not legal.


Trump’s Transition Team Colluded With Israel. Why Isn’t That News?

...Thanks to Mueller’s ongoing investigation, we now know that prior to President Donald Trump’s inauguration, members of his inner circle went to bat on behalf of Israel, and specifically on behalf of illegal Israeli settlements in the occupied Palestinian territories, behind the scenes and in opposition to official U.S. foreign policy. That’s the kind of collusion with a foreign state that has gotten a lot of attention with respect to the Kremlin – but colluding with Israel seems to be of far less interest, strangely.

Hmmmm. Oh well... I mean if it is the recipient of the largest quantity of US military assistance in the world.... so as to scuttle a deal so as to make war more likely and to back illegal settlements based on ethic cleansing... well... sure it may be collusion with a foreign power, but that kinda thing is about as American as you can get.

Here is an irrelevant Tom Waits song coz it is awesome and I haven't posted one in ages.