On Statues (Or 'Me and James Connolly') I don't think I ever really thought about statues until I was 19.

I grew up in Australia. Here, the statues are what seemed to me an endlessly bland array of colonial figures.

So what THE ACTUAL FUCK was this?

I read at the statue, or maybe elsewhere in Dublin, about James Connolly being a trade unionist, socialist and republican who died in an the 1916 Easter Rising insurrection against British rule.

But this guy wasn't just a trade unionst ...but a socialist? Even more, a revolutionary who was executed for leading an insurrection against British colonial rule??? My beer-addled teenage brain was trying to figure out WHY a statue would be built to such a person.

It was obvious I knew fuck all about Irish history and politics. I had a vague idea they had grievances with the British, and I kinda liked their folk music and Guinness. Especially the Guinness.

But I never knew their grievances could run so deep that in the centre of their capital they would erect a statue to a socialist revolutionary who had died trying to overthrow British rule by force of arms.

I was shocked, coz I also quite liked English-style ale. Did I now have to choose?

The Easter Rising museum in Dublin provided a basic introduction to the 1916 rebellion Connolly helped lead. I was introduced to the profound and moving Proclamation of the Irish Republic that Connolly helped draft. 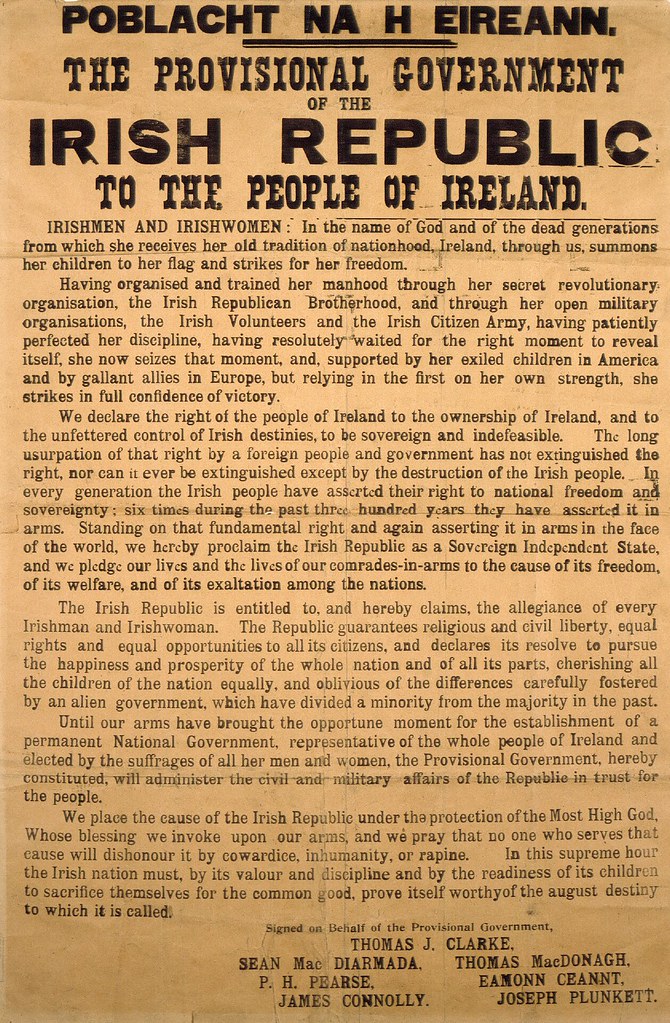 I should point out, I wasn't a stranger to such revolutionary documents and their role on mass struggles. I had been to South Africa in the immediate aftermath of the end of Apartheid, when Mandela was first elected president, and the ANC's Freedom Charter was everywhere. It has a lot in common with the Proclamation, but is even more detailed in its radicalism. 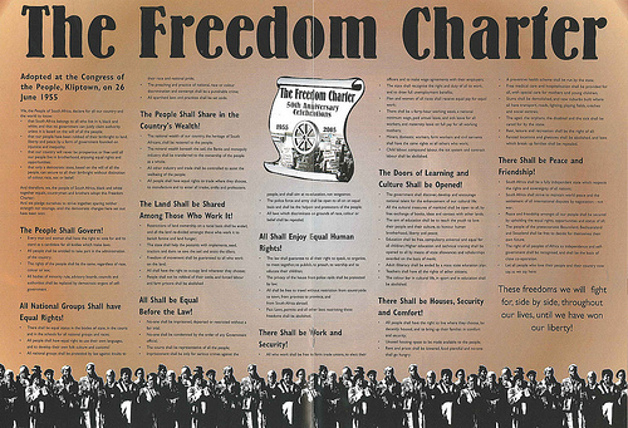 But still... to walk through some European nation, which culturally seemed not a million miles from my own (alcohol abuse especially) and see a statue of a revolutionary socialist was gobsmacking.

In truth, as I now know, the statues I grew up with were not actually bland colonial figures at all. They were psychpathic mass murdering white supremicist colonial figures. Which, say what you will, isn't bland.

That's the great magic trick of Australian history. It presents itself as paint-drying levels of boring. Nothing happened, bar a gold rush, the Eureka Stockade, Ned Kelly and then 100 years later a prime minister got sacked.

That was about all we learned at school and predictably every single student was convinced there was nothing more boring in the Known Universe than "Australian History".

It is a clever trick to use dire boredom to distract from a huge decades-long, multi-faceted Frontier War and ongoing genocide. Most students never looked too closely coz we were too busy yawning.

Australia's statues tell a story that is fascinating, if monstrous. They are monuments to the true nature of this nation. They repesent figures associated with the violent and bloody dispossession of the First Australians.

What struck me about the Connolly statue was this was commemorating a figure who died rebelling against the British Empire, and the statues where I was from were all of representatives of that Empire.

That the Irish state that emerged from the 1919-21 War of Independence against British rule bore no resemblence to Connoly's vision was not really the point. That statue told me, in literally concrete form, that a different and better world had been fought and died for, and that this struggle was important enough to commemorate for future generations.

Statues are visual depictions of what values your society holds. What moral compass guides your society? What principles does it hold to?

So when I see people in Britain upset at the statue of slave trader Edward Colston in Bristol had been dumped in the sea... I think this says an enormous amount about them and their society. 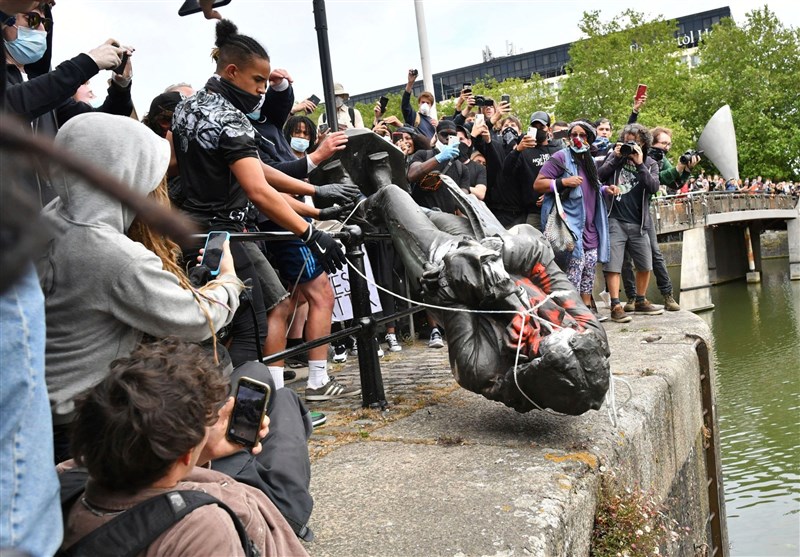 As it does about those who want to "save" the statue of pro-slavery general Robert E. Lee in Virginia in the US. 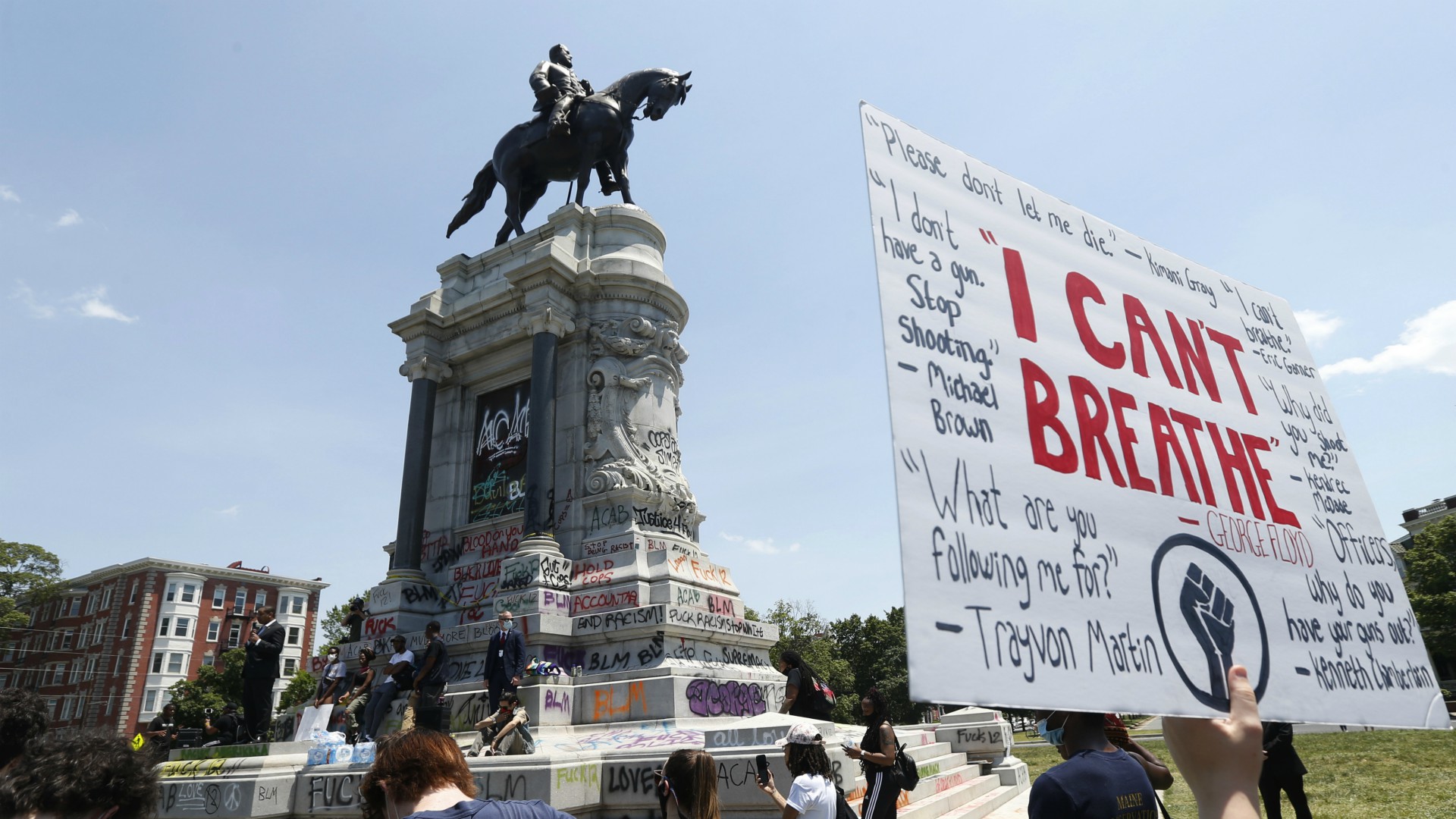 As it does about those upset at the fall of a statue in Belgium to King Leopold II  -- the butcher of the Congo.

As it does about the snowflakes up in arms about some grafitti on statues of James Cook in this country. 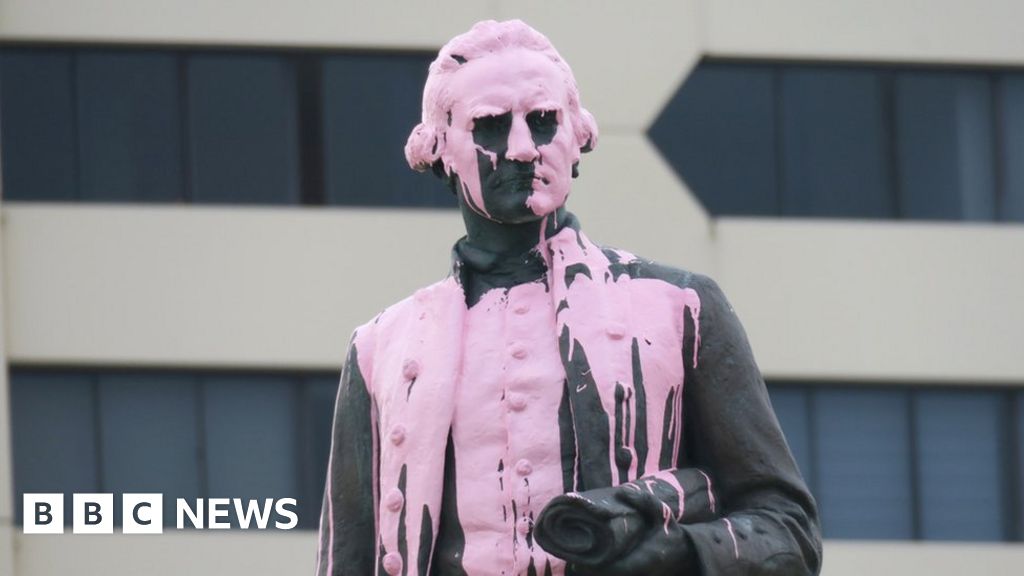 And on Ireland, it's not that they never had statues to figures representing colonial power. For many years, right up until 1966, Dublin was not just home to statues of republican heroes like Connolly... but also "Nelson's Pillar", a homage to British admiral Horatio Nelson.

It towered over Dublin until one night in1966, it was blown up by a splinter group of the Irish Republican Army.

That statue was just granite. Here are seminal Irish folk group The Dubliners singing a jaunty little tune about the incident.