A far-right nut tried taking a gun to a Reclaim rally, but don't panic it wasn't a fake plastic sword or anything

When some far-right nutters from the United Patriots Front traveled from Sydney to Melbourne to join the Reclaim Australia march, police -- tipped off by boasts on social media -- searched their bus and confiscated a gun.

But don't panic, it wasn't anything really dangerous like that fake plastic sword seized last September from the home of Mustafa Dirani in the nation's largest ever coordinated anti-terror raids involving 800 armed cops in scenes splashed across the front pages around the country.

I mean, a gun can do a bit of damage, sure, but a plastic sword that "would be found in almost every Shiite household as a decorative item" that "wouldn't be able to cut a cucumber" could still very easily end up as a prop in an amateur theatrical production of Aladdin and frankly the world has seen too many horrors already. We can't be enabling amateur musical theatre in our suburbs. 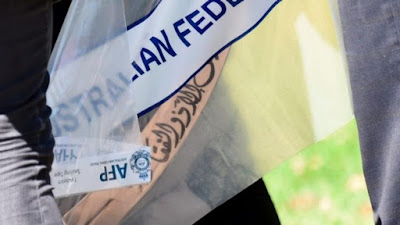 The sword being removed. Couldn't cut a cucumber, but might be a prop in amateur musical theatre and that's a risk we can't take.


Still... a fucking gun that some fascist was going to take a protest targetting Muslim people and "left-wing extremists" that was likely to feature confrontations with anti-racist protesters... (and a knife was confiscated, and by all reports, it wasn't even plastic, which is just fucking cheating!)

It is pretty serious, which is why the cops confiscated the gun. I mean, sure they didn't even arrest anyone or even stop them going to their protests/Nuremburg Rally reenactments to "reclaim" Australia from the horrific Sharia tyranny we live under.

And sure they didn't carry out raids on the scale that targetted the 21-year-old Dirani on the supposed pretext of an ISIS-inspired plot to "behead a random stranger" (with a plastic sword), despite the fact that Dirani is a fucking Shia Muslim, whom ISIS are killing as infidels thus making as likely to carry out a terror attack coz ISIS told him to as an African American is to burn down a Black Church on KKK instructions. 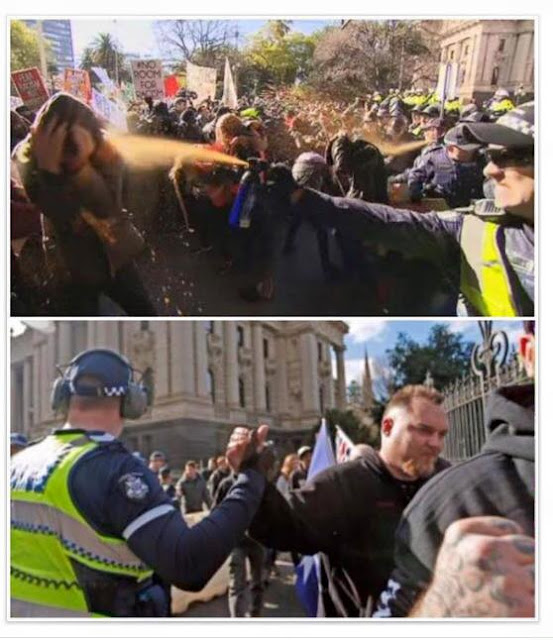