Now, everyone knows I'm a pretty important guy. Few things happen in the world of politics, high finance or pub trivia without Carlo Sands being consulted. So it struck me there could be no doubt those Pricks Who Govern Us would be monitoring my every move.

I've been thinking for some time of finally writing my much-anticipated memoirs, but then I figured… that’s a lot of work, why not just publish what these pricks have already recorded? And so I sent away for my ASIO file and received the answer: “TOP SECRET HIGHLY CLASSIFIED UNDER NO CIRCUMSTANCES TO BE RELEASED.”

This was perhaps to be expected, so I sent a text to an “associate” of mine who happens to hold a certain high up position within the Australian intelligence establishment in order to remind him of certain… favours I happen to render our American allies in 1971 in Laos during the Indochina war that should they… emerge... could prove a little unfortunate for more than one high profile figures in several countries.

The first installment of my files arrived in my inbox within the hour.

I poured over it and was a little stunned to discover it appears to consist of transcribed recordings of me in a pub… with the cad Leslie! Now the pub is unsurprising, but Leslie of all people? After what that cad did?

I guess they record everything and so this rare and bizarre occurrence got picked up with all the important things I do, which future files will no doubt reveal.

I was a bit disappointed, but as the alternative was to sit down and write my own fucking story myself, I have decided to publish the transcripts. This is the first of five installments. STAY TUNED FOR MORE! OR DON'T! I DON'T GIVE A FUCK I AM TOO IMPORTANT TO CARE! 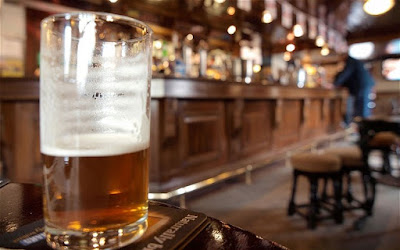 CARLO: You know what?

LESLIE: You are a big fan of beer.

CARLO: But there's times when I think about ALL the beer I’ve drunk over all those years...

LESLIE: All throughout history.

CARLO: Over many millennia… and I think that if I had all that money I spent on all that beer … just imagine how much beer I could buy!

LESLIE: Quite a lot, definitely. Even taking into account inflation and rises in alcohol taxes, that's still a large amount of beer you could purchase.

LESLIE: It's the sort of figure that puts the otherwise disturbing global debt figures into context, for sure.

CARLO: I’d be set for years!

LESLIE: You could finally stop harassing other people to buy you beer all the time.

CARLO: Oh no! Just coz I’d be rich would be no reason to give up my favourite pastime!

LESLIE: It's caused you problems, though. Remember when you kept badgering Genghis Khan to buy you a beer? I don’t mind running, but an enraged Mongol horde gets up quite a head of speed.

CARLO: The man had no vision! I tried to tell him! All of this conquering and subjugating and establishing the largest contiguous land empire in human history stretching right across Asia into Central Europe, that’s one thing! But you want to think big! “Genghis,” I said, “you wanna invade and subjugate New Zealand! In about 800 years, they’ll make the Lord of the Rings films there and just think how rich you'll be with the royalties!”

CARLO: AND THE BASTARD NEVER BOUGHT ME A FUCKING BEER!

LESLIE: In his defence, he also repeatedly said “what the hell is a pint of Guinness”?

CARLO: A MAN CAN NOT LIVE ON FERMENTED HORSE’S MILK ALONE! Now it has all come flooding back. Jesus. My machete-wielding arm is twitching. LET’S INVADE CENTRAL EUROPE!

LESLIE: No, come on. Not after the last disaster. Have another beer. You like beer.

LESLIE: Yeah. Have another.

LESLIE: [sigh] Why don’t you just do what you normally do? Wait till the guy at the next table turns his back, then nick his?

CARLO: It’s such a hassle! The bastards complain and there’s an argument and I have to get my machete out and then there’s a body to dispose of and it’s no longer in just one easy-to-move part, and I hate to piss off bartenders so JUST BUY ME A BEER, YOU BASTARD!

CARLO: Well, ok, if you’ll buy me a … [Phone rings] Hang on. [Answers] Hello? WHAT THE FUCK? GO SCREW YOURSELF YOU USELESS MAGGOT-RIDDEN PILE OF FERMENTED RHINO SHIT! I’LL CHOP YOU INTO A THOUSAND PIECES AND FEED YOU TO YOUR OWN PRIZED COLLECTION OF RARE, ENDANGERED SPOTTED BUG-EYED PIRANHAS! What? Yep. Yeah, sure thing. No worries. Cool. I’ll see you there.

CARLO: My lawyer. Reminding me I am due in court. I better get going … I have to find some rich guy and steal his suit.