Forget the race card, the bastard are playing the whole fucking pack

This was my rant in Green Left Weekly last week, that I never got around to posting here last week. There is a new one out, which you can read here.

Also, I know have an official, proper column in Green Left. It is called "The Machete"*.

Forget the race card, they're playing the whole deck

Well, it is only February and one thing is certain: a federal election doesn’t have to be called until as late as November 2013, but the Tony Abbott-led Coalition smells blood and, as far as they are concerned, they are in election mode.

This means if you are dark-skinned, downtrodden or desperate, you had better look out. You are right in the Coalition’s firing line, and just behind them is a desperate Labor government (led, for now, by Julia Gillard) eager to play the futile game of blunting attacks from the right by joining in. 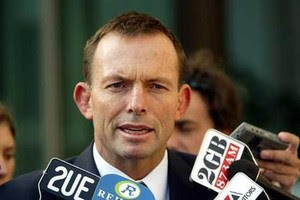 Abbott is in election mode. If you are dark-skinned, downtrodden or desperate, watch out.


This is such a well-worn path. If you had just come out of a coma you’d been in since 2001 and seen the headlines, you’d think: “Shit, when's the vote? I can’t afford any more AEC fines.”

The farcical hysteria around an Aboriginal protest at the Tent Embassy in Canberra on “Australia Day” shows the big party politicians will leap on any opportunity to stoke racist prejudices and fears.

The protest by a small number of Aboriginal people and supporters outside a restaurant, which was asking Abbott to come out and address them over his comments the embassy should “move on”, somehow got spun into a full-blown “riot” after police panicked and dramatically dragged Gillard and Abbott out of the restaurant and bundled them into a car.

No one was arrested, there were some scuffles with police (who violently attacked the protesters) and nothing was broken. If that was a riot, how they hell are they going to respond if, at some point in the future, a single rock gets thrown or one window broken?

The shock jocks would have Abbott on air, insisting this was far worse than the Reign of Terror after the French Revolution, which, as anyone who's read history knows, was also initiated by Gillard's office.

Abbott even took the opportunity to denounce the protesters as “unAustralian”. This has got to win an award for redundancy.

On January 26, a day which marks the start of the invasion of Australia in which Aboriginal people faced systemic extermination, Aboriginal people were protesting the racist polices they are still systematically subjected to.

In other words, they were protesting to reject Australia as it exists.

After all, the next day, some of them went to Parliament House and burned the Australian flag. That is surely a clue that the people Abbott directed his “unAustralian” jibe at were never exactly aspiring to win any “fair dinkum Aussie” award.

These are people who have had enough of the Australia that exists — one in which 25% of the prison population are Aboriginal despite making up only 2% of the population. An Australia in which more than 400 Aboriginal people have died in police custody since 1980, without one police officer ever being brought to justice.

The obvious response would surely be: “If we are unAustralian, can we go to unAustralia now please?”

The Coalition is bent on exploiting prejudices, fears and insecurities in the community in the hope we’ll forget that the last time they were in power they introduced polices such as WorkChoices that screwed all working people, wherever they were from or whatever the colour of their skin.

Buckle in for a year in which the major parties try to avoid talking about real solutions to problems such as rising housing prices and job cuts by playing race card after race card.


'You're just some racist who can't tie my laces, your point of view is medieval.'


* This is a lie. I would like it to be true, but my column is called "Carlo's Corner". Better a corner than no corner, I guess.