Another week has come and gone and I have failed to produce something specific for this blog. I'd hang my head in shame, if I couldn't account for my all my evenings: basically, pub; pub; pub; pub; pub; Conehead's going away party (bastard is escaping to Melbourne); collapse in front of Midsomer Murders. Or something like that, I could *just possibly* be exaggerating, but it is a bit of a blur.

Regardless, this is the piece I wrote for last'week's "Carlo's Corner" column for Green Left Weekly. It is sadly, pathetically even more relevant now than when I wrote it over a week ago. 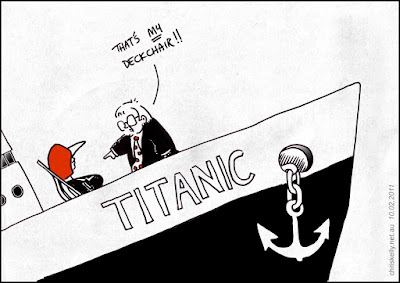 Now that both Kim Kardashian and Katy Perry's marriages are over, and things seem quiet on the Brangelina front, the corporate media have been reduced to feverish speculation over another B-Grade celebrity circus: who will lead the seemingly doomed Labor government?

Will the skittish Labor caucus, freaked by polling data, stick with Julia Gillard or execute a dramatic reverse coup and bring back Kevin Rudd? Or will it be Wayne Swan or maybe that Simon someone-or-other who looks kinda familiar?

Strangely, the media appear to be ignoring the big question in all of this: what is Paul Howes doing? The Australian Workers Union national secretary, the least faceless of faceless men, the highest profile politician who sits in no parliament, the man with his hand on the knife in Rudd's back two years ago — he has been unusually absent from the media amid the latest frenzy.

Has Howes been kidnapped? Or is he quietly sharpening his knife and waiting for another call from Bill Shorten?

The most noticeable feature of the Labor leadership spectacle is how empty the whole show is. Given that it centres on a political party, it is hard not to notice that it is totally devoid of any politics.

The entire thing centres on the fluctuating polling data of the key personalities. No issues of policy or principle are raised by anyone involved. It is about how to hold power for power’s sake.

And yet, the coup against Rudd in 2010 was political. It was Labor capitulating to the powerful mining corporations campaigning against Rudd’s proposed “super tax” on their profits. Gillard immediately moved to water down the already very mild proposal.

But there is no hint that reverting to Rudd would mean seeking to impose a modicum of social responsibility on these huge corporations.

Nor is there any discussion of Rudd's statement, after he was dumped, that he would resist a “race to the right” over the treatment of asylum seekers (despite, as PM, having raced as far to the right as he could).

The only thing that matters is which individual is less likely to lose the next election — and which one will best serve which section of the power-hungry blocs within the party.

The irony is that this has a lot to do with Labor’s polling woes in the first place. It is hard to get excited about a party that stands for nothing.

If racist populism is your thing, the Coalition is your best bet. Labor is giving it a fair crack, but it just can’t compete with Tony Abbott’s natural flair for it.

On the other hand, if you want more humane treatment for asylum seekers, more public spending on health and education, or greater environmental protection, the Greens provide an electoral alternative.

(Of course, The Greens are also filled with wacko extremists and KGB agents — one of the few questions on which I agree with the Murdoch press. As soon as I read their proposal for a universal dental scheme, I realised the spirit of Stalin was alive and well. If history has taught us one thing, it is first decent dental care, then gulags.)

With no principle but power, Labor can’t please anyone. Worst of all, it can’t even satisfy the real power in the land — the big corporations. It is not that it doesn’t try, but whatever it gives, the corporations want more.

Labor won government on the back of anti-Work Choices campaign, and so was obliged to appear to kill it off. Labor’s replacement, the Fair Work Act, is Work Choices with some minor trimmings cut away, and still the bosses whine it is unfair.

Labor’s industrial relations laws are so rigged against workers that it allowed Qantas, legally, to lock-out its entire workforce without warning, stranding thousands of passengers, and then forced unions to end low-level industrial action meant to secure safety, job security and a wage deal that didn’t go backwards.

The big corporations are profit junkies — more is never enough. Labor is in no way threatening their supply, but the Liberals offer a purer cut.

I mean, two years ago Labor offered Kevin Rudd's head on a platter to the mining giants and how do they repay the favour? They get caught on film meeting with climate denier Lord Monckton plotting to further their control over the media to drag politics even further to the right.

Labor’s climate trading scheme doesn’t threaten their profits, but even admitting climate change is real is a step too far for those raking in record profits from industries destroying the planet.

Greater media power in the hands of mining giants is a truly frightening thought when you consider this is already a media in which Andrew Bolt has a column in a major paper and his own TV show.

The mining corporations' influence over the media is so great it even extends to altering the English language. The mainstream media, seemingly caring not a jot for dictionaries, refer, repeatedly, to the owners of these giant corporations as “miners”.

I am sorry, but Gina Rinehart is not a miner. I don't believe Twiggy Forrest actually mines. I am pretty sure they have people to do that for them.

Have you seen Mineralogy owner and “billionaire miner” Clive Palmer? I don't think he could even fit down a mine. It is a pretty safe bet the only thing Clive Palmer has ever fossicked for in his life was a hors d'oeuvre that fell under the table at a cocktail party.

It seems even the power to alter language is not enough.

Without any guiding principles but power, all Labor can do is keep caving in only to discover, every time, the interests that actually run the country still want more. In the meantime, pleasing no one, Labor is left to squabble over who sits at the front of a train that looks headed straight into the side of a mountain.