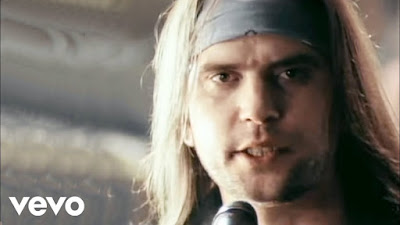 There's quite a lot going on in the world right now, but one "hot topic" is the sometimes controversial question of "identity".

So if you've been asking yourself big questions about exactly who you are and how you fit into this world, this quiz could help you answer the most fundamental of questions: Are you John Lee Pettimore from Steve Earle's 1988 hard rock/outlaw country crossover hit song "Copperhead Road"?

Is your name John Lee Pettimore?

A) Just like my daddy and his daddy before!

C) What? Why are you asking me this?

Has your family ever been involved in the bootleg moonshine trade?

A) Everyone knew my granddaddy made moonshine. My daddy too, until the accident.

B) No, my father and his father were tax collectors, as am I.

C) What kind of question is that?

Are you from the US state of Tennessee?

A) Yeah Johnson County. Not far from Knoxville, though you hardly ever saw granddaddy down there, as he only came to town about twice a year.

B) Actually I live in Helsingør, which is a town of about 50,000 people in eastern Denmark, just a short ferry ride from Sweden!

Has a close family member ever bought 100 pounds of yeast and some copper wire?

A) My grandaddy did!

B) No, what an odd question.

C) No, what an odd question.

Did your granddaddy ever had a run in with a revenue man who was never heard from again?

A) Nothing was ever proven.

B) Definitely not as my familiy have worked for the Danish tax office for generations. We find the suggestion of foul play against a fellow revenue collector disturbing to say the least!

Did your daddy ever drive a big block dodge?

A) Yep. Bought it at an auction at the Mason's Lodge. Though that was before the accident.

B) No my family have always driven Volvos. Say what you will about those Swedes, they make a solid car!

C) These questions are getting weird.

Did you serve with US forces in Vietnam?

A) I volunteered on my birthday. They draft the white trash first round here anyway. I did two tours of duty.

B) No, Denmark was not directly involved in the US conflict in Indochina, although while the general public view in Scandanvia was against US policy, the Danish government was not as outspoken in opposition to the conflict as, say, the Swedish government. There were a lot of factors behind this, such as more right-wing forces governing Denmak at the time. However I'm not really sure what relevence the geopolitics of Scandanavia in relation to US imperialism in the 1960s has to do with this quiz.

C) What the fuck is going on?

Have you ever grown cannabis for commercial gain?

A) Look, I came back from Indochina with a brand new plan. Moonshine's yesterday's news, these kids want a different high. So I took seeds from Colombia and Mexico and planted them up the holler on ...actually I'm not sure I should be telling you this. Last thing I want is some DEA choppers in the air! Not with my PTSD! Any narcs reading this, keep in mind that I learned a thing or two from Charlie!

B) No, I find Denmark's national tax office pays well enough to avoid the need for recourse in the illicit drug trade. Sure I smoked a bit of pot in my uni days, who didn't?

C) WHY WOULD YOU ASK ME THIS? WHAT THE FUCK IS HAPPENING???

Has country musician Steve Earle ever written a commercially successful cross-over hit about your life?

A) Hey! That bastard owes me a shit-ton of royalities for that song he had in the 80s! That prick'd better stay away from Copperhead Road!

B) Steve Earle? I don't think so, no, but I don't know his full discography. It would certainly be pleasing to know someone had written a song about the life of a tax revenue worker in Denmark as it is a lot more intersting than you'd think.

MOSTLY As:  You are John Lee Pettimore and Steve Earle owes you a lot of royalities.

MOSTLY Bs:  You are Lars from Helsingør in Denmark and not John Lee Pettimore. To be honest, I'm not sure why you even did this quiz.

MOSTLY Cs:  You are in the grips of a major identity crisis. You don't know who you are, where you are, or why. Please, for your own sake and the sake of those who love you, get professional help.