Waiting for the last train after midnight on an isolated Monday night.... 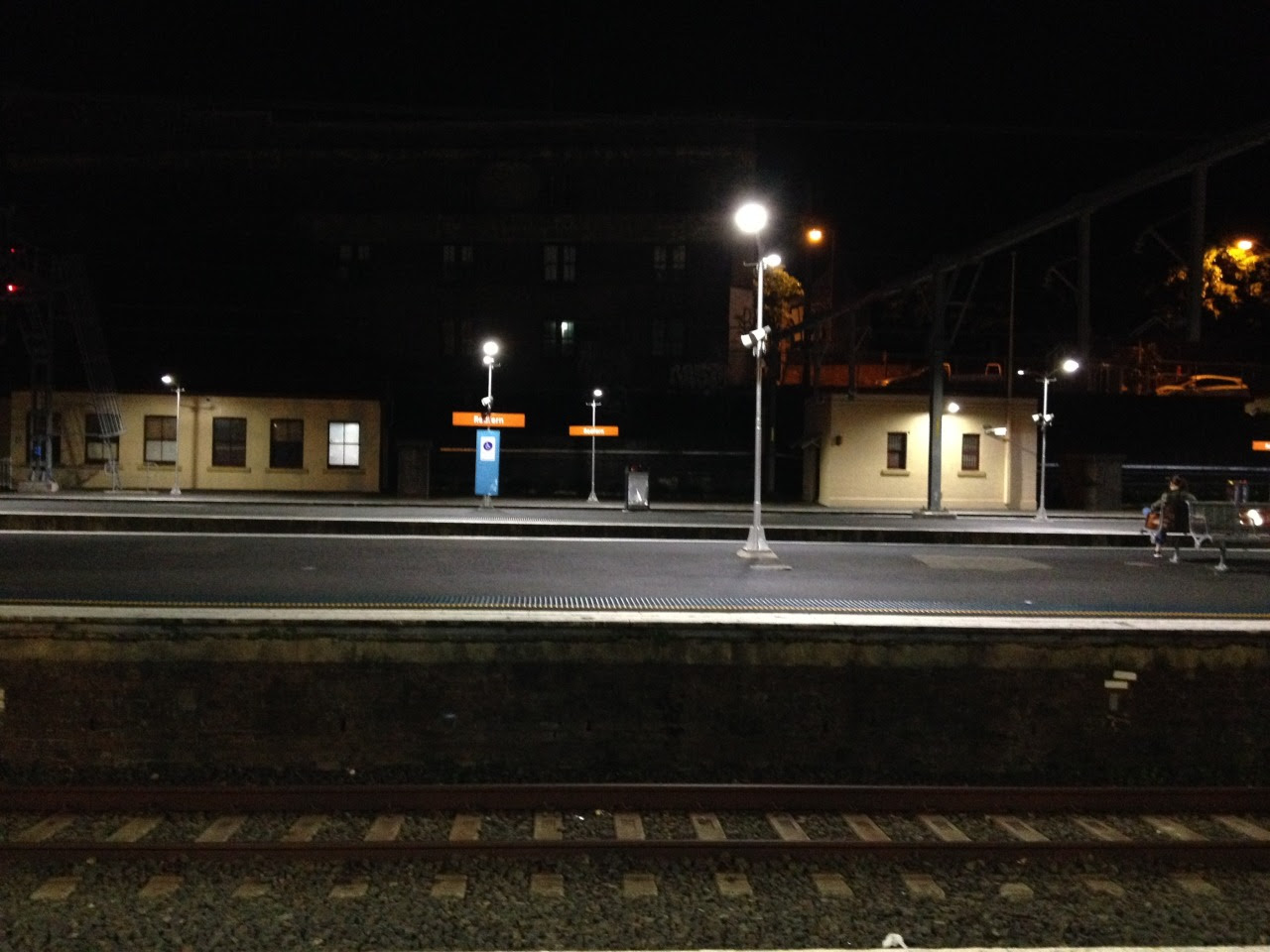 I caught the last train at Redfern on a quiet Monday night after midnight and the atmosphere was spooky. I stood near the far end of the platform waiting for my train and a young woman's voice: "Let's just HUNT FOR EVER!", followed by the laugh of another young person.

I drew the obvious conclusion: "Fuck. It's vampires."

My blood ran ice cold as I gathered up the courage to risk a glance in their direction... And I see two young women hugging each other tightly, and I realised -- one of them had actually said: "Let's just HUG FOREVER!" And sure enough they they looked like they might try, so enrapt in each other were they... But the train came and the two young lovers reluctantly separated and as I also got on the last train home I thought... I still hope she's not a vampire or I am fucked coz we just got in the same isolated late night carriage.

Suffice to say, I made it home alive and without being transformed into one of the Undead, doomed to roam the world at night feeding off the blood of mortals.... Or did I?

Yes I did. And as such you can still see my solo show at the Sydney Fringe Comedy festival, "Inspired?" on at the Factory in Marrickville on September 27 & 29 and October 1. You should book now!

In the show, I employ segues as brilliant as that one just then to grapple with questions of how to be inspired and positive in a world so horrific, and I absolutely will not drink the blood of audience members, having been turned into a vampire on a dark and lonely Monday night just after midnight at Redfern train station...

Or will I? No, I won't. It would violate the festival's OH&S policies.

Having got my plug out of the way, you can enjoy a song from Jason Isbell that combines the crucial topics of lovers and vampires and how lovers might wish to be vampires so they could indeed hug forever.

Isbell is a disturbingly talented singer-songwriter from  Alabama whose latest album, The Nashville Sound, hit number one on the US Country, Folk, Rock and Indie Billboard charts coz he is better than a human has any right to be, and the song is about his wife Amanda Shires, a fellow singer-songwriter who is also in his band and sings backing vocals on this track.