Guy Clark Tuesday: 'I'd cried for every lesser thing — whiskey, pain and beauty...' 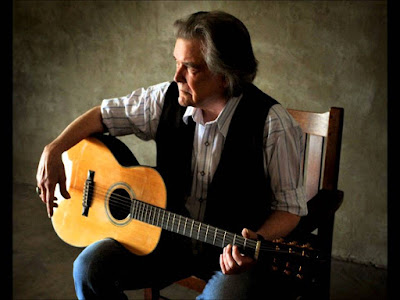 Far be it for me to ramble on about the genius poetry of Guy Clark, coz I already did that last year when the Texas country/folk legend had the sheer gall to die in the Great Artist Cull of 2016.

I don't know why the prick thought he had some sort of right to just fuck off, but the occasion brought forth some very wise words from the smarter of us still left alive. In particular, the observation: "It is like Clark's songs were carved from granite and he delivered them with the dirt still on."

I think I grasp what these lines are getting at, and only partly coz I wrote them. There is no better example of the point than "Randall Knife", released on Clark's 1983 Better Days album. Clark wrote it about his father's death.

Something else strikes me about this -- so much of popular music is aimed at the young. It is of, by and for young people, which is fine in and of itself. But as people age, rather than move on to new music, with new stories, emotions, experiences to express... people look back, preferring nostalgia over their own youth — and noting, invariably, how much better music was "in our day" compared to the muck that today's idiot kids think passes for music.

It is such a cliche and has only ever been true if we compare today's muck to the music of the mid-90s, when I was young.

But life does not stop at 25. It goes on, and all of life's experiences are there for all artistic forms to capture, including song. Life doesn't stop and nor should our music.

This song was written when Clark was 40 and it details an experience many go through at about that age — losing a parent. Clark captures the loss, grief and nostalgia with typical simplicity. The imagery is vivid, but not a word is wasted — a mark of the best country songs.

There is a remarkable stoicism in this song that is never cold or aloof. It is simply a backdrop that never falters. This approach enables the quite serious emotions of the song to come through without ever overwhelming the song, of making it soppy, or even damp, with sentimentality.

I am nearly 40, and both my parents are alive, fit and healthy. But nothing lasts forever. I expect I will grow to love this song even more when experience enable me to understand it better — hopefully not for a long time.

My father died when I was forty
And I couldn't find a way to cry
Not because I didn't love him
Not because he didn't try
I'd cried for every lesser thing
Whiskey, pain and beauty
But he deserved a better tear
And I was not quite ready