"Coal sector muscles up to green activists". So read the headline of a PR fluff piece op-ed in The Australian on Monday morning.

It said: "Australia's coal industry is hitting back at its vocal opponents and returning fire with the tools used by anti-coal activists as it steps up its campaign to gain support for the struggling sector."

And so said struggling sector has pooled its resources to launch a website as "part of a multi-million-dollar campaign that will include television advertising, an enhanced social media program and increased political engagement".

The aim of this initiative of the Minerals Council of Australia is "to give a voice to the sector", The Australian reported in piece that quoted representatives of large mining corporations on all the good work they do for communities but not a single representative of any of these communities who are up-in-arms protesting and blockading eternally grateful for the joy coalmining brings to their lives!

Now finally, after far too long, this downtrodden sector has a voice! And not before time, because the website's homepage explains: "Coal in Australia is under attack from powerful groups"! QUICK! TO THE INTERNET!!!

And so the website was launched with its own Twitter hashtag #Australiansforcoal to allow what the MCA calls the "silent majority" to speak out against the greenie commie extremists and let the world know how much all TRUE AUSSIES LOVE giant lumps of black coal! 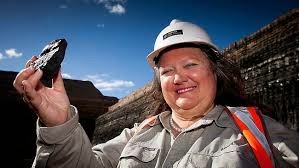 Tragically, proving just how *powerful* the evil forces the coal industry is up against truly are... the hashtag merely provoked sustained and still ongoing ridicule.

But in all the excitement about the hashtag, the website itself has been almost forgotten. This is a shame because it is highly informative.

It features sectors on jobs (they employ people! how could anyone oppose an industry that employs anyone?); the economy (they make large amounts of money! how could we oppose an industry worth $118 billion?);  energy (they produce a lot of energy! WHO KNEW???); and, my personal favourite, the Great Barrier Reef (they... ah well they really just claim dredging and dumping to expand coal does not actually damage the reef, coz what are they gonna say that's positive? "Coal makes the reef grow faster! YAH!"?)

And, learning from their enemies, they have a section where all TRUE COAL LOVING AUSSIES can "Take action!" and stand up for the voiceless, powerless victimised coal billionaires and "Send your MP a message!"

Inspired by the site's convincing arguments, I thought YES I WILL SEND A MESSAGE! THE WORLD MUST KNOW MY LOVE OF COAL! And I was going to send the message, but I discovered one important difference with their enemies.

Most sites that seek to get people to send off some message of protest or support, in a bid to make the process as quick and easy as possible for the busy internet procastinator, provide a ready-made email so you can simply click "send" and return to scrolling through Tumblrs of cute kittens ASAP.

But such sites let the more thoughtful, should they wish, provide a little of their own voice to the message, to alter it or even write their own from scratch. As the sites often say, personal messages will get more attention. And so, as much as I appreciated Australians For Coal's pre-written message, I wanted to let my elected representative hear a bit of Carlo Sands' own voice. I was extremely disappointed to find the message ENTIRELY UNALTERABLE! You have to send their pre-written spiel WORD-FOR-WORD.

Well, coal giants are not the ONLY ONES who don't like having their voice silenced by powerful forces! And so, here is the message I wanted to send, in which I sought to slightly expand the points Australians for Coal raised in their original email. They are minor changes and you probably won't be able to tell what they are without a close analysis of both versions, so I really don't know why they are too scared to let supporters add their own thoughts.

The Australian coal industry employs about 50,000 people directly and pays wages and salaries worth more than $6 billion per annum. AND THIS IS IMPORTANT BECAUSE IT IS A WELL-KNOWN SCIENTIFIC FACT THAT NO OTHER INDUSTRY IS PHYSICALLY CAPABLE OF PROVIDING JOBS! THE ONLY JOBS PEOPLE WANT ARE DOWN COAL MINES! IT IS LIKE THIS TOTALLY COOL HIPSTER RETRO 1940s THING! NO ONE WORKING IN COAL WOULD BE CAUGHT *DEAD* WORKING IN A RENEWABLE ENERGY JOB LIKE WHATEVER SO UNCOOL SO OBVS THE ONLY WAY TO EMPLOY *ANYONE* IS TO MINE AND BURN COAL!!! AND SO WITHOUT COAL WE'D ALL BE EATING BABIES IN THE STREETS! BABIES!!!

It employs a highly skilled workforce, including mine operators, engineers, geologists and skilled tradespeople. AND NOT BABY EATERS! THAT IS IMPORTANT SEE ABOVE POINT! The industry pays some of the highest wages in the country and provides support for education, training and apprenticeships and contributes tens of millions of dollars annually to fund community social infrastructure. GREAT COMMUNITY SOCIAL INFRASTRUCTURE LIKE THE ABBOT POINT COAL TERMINAL FROM WHICH MILLIONS OF CUBIC METRES OF SAND AND MUD WILL BE DUMPED IN THE GREAT BARRIER REEF MARINE PARK! A GREAT COMMUNITY PROJECT AND FUN FOR ALL THE KIDS NOT LIKE THAT STUPID REEF THAT JUST GETS IN THE FUCKING WAY OF ALL OUR COAL-LADDEN SHIPS! HOW MANY APPRETNERSHIPS HAS THAT FUCKING REEF PROVIDED? THANK CHRIST IT WILL SOON BE GONE ...AH... I MEAN NOT IN ANYWAY AFFECTED BY DREDGING!

The coal industry also provides indirect employment for around 150,000 Australians, mainly in rural and regional Australia. YEAH AND IT'S LIKE A *FACT* THAT NOT ALL OF THEM WILL DEVELOP SOME SORT OF SERIOUS HEATH PROBLEM RELATED TO COAL MINING! SOME MIGHT BE OK! MAYBE! I MEAN THEY MIGHT DIE IN A GLOBAL WARMING-RELATED EXTREME WEATHER EVENT INSTEAD!

These jobs are under attack from activists and extremists determined to shut the industry down AND GODDAMN WE WOULD HAVE GOT AWAY WITH IT, TOO, IF IT WASN'T FOR THOSE MEDDLING KIDS!

I am writing to support the 200,000 Australians who work in the coal industry and I urge you to support them too. COZ THE COAL INDUSTRY WON'T! HA, IT'LL CHUCK 'EM ON THE SCRAP HEAP AS SOON AS PROFITS AREN'T HIGH ENOUGH! SO YOU BETTER BELIEVE THOSE WORKERS NEED SUPPORT!

If you want the facts about Australia’s coal industry please visit www.minerals.org.au. IT IS A TOTALLY UNBIASED INPARTIAL PEER-REVIEWED JOURNAL THAT IS NOT AT ALL RUN BY BILLIONAIRE MINING GIANTS WITH HUGE PROFITS AT STAKE!!! HAHA!!! NO IT IS JUST A SITE MAINTAINED BY A BUNCH OF INTERESTED PEOPLE OUT OF THE GOODNESS OF THEIR OWN HEARTS COZ THEY ARE TRUE AUSTRALIANS WHO JUST *LOVE* COAL!!!

Carlo Sands (NOT A COAL BILLIONAIRE! I KNOW RIGHT! WHAT CAN I SAY I JUST LOVE COAL! A LUMP OF COAL IN EVERY POT! COAL FOR BREAKFAST, LUNCH AND DINNER! IT IS THE AUSTRALIAN WAY!!!


And oh my,Well i hear the sound of horses' hoovesCome the middle of the nightAnd oh my,Its time to get your gun licenseI see four horsemen riding throughA cold and endless night
at 4/15/2014 05:03:00 pm