"Would it be alright if I peeled an orange?" Because it is Raymond Chandler's birthday 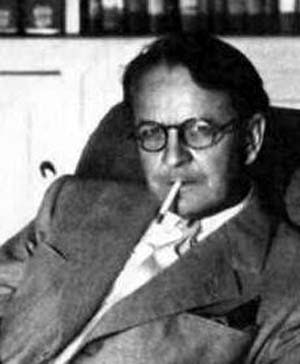 Because it is Raymond Chandler's birthday and because "Would it be alright if I peeled an orange?" is the perfect response to OUR FUCKING EVIL GOVERNMENTS THAT WANT TO MAKE FUN ILLEGAL!

(In other news, do you know how many Muslims were responsible for the atrocity in Oslo??? NONE.

It took the media quite some time of reporting it was an Islamic fundamentalist attack before they were forced to report it wasn't.)

Chandler was a good drinker and a good writer, who summed up the art of writing a detective story: "When in doubt, have a man with a gun walk into the room."

He inspired me to write up me own hardboiled experience about attending a talk by a wiseguy on Latin America at Sydney Uni. It really happened, just like I said. I still have nightmares about that experience. 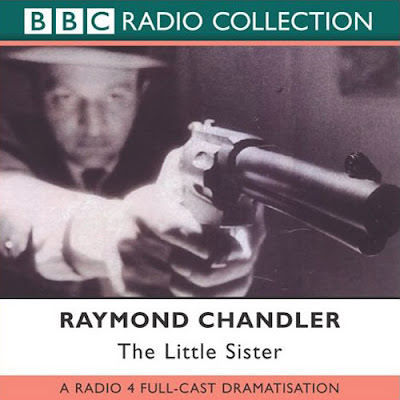 The pebbled glass door panel is lettered in flaked black paint: "Philip Marlowe . . . Investigations." It is a reasonably shabby door at the end of a reasonably shabby corridor in the sort of building that was new about the year the all-tile bathroom became the basis of civilization.

The door is locked, but next to it is another door with the same legend which is not locked. Come on in-there's nobody in here but me and a big bluebottle fly. But not if you're from Manhattan, Kansas.

It was one of those clear, bright summer mornings we get in the early spring in California before the high fog sets in. The rains are over. The hills are still green and in the valley across the Hollywood hills you can see snow on the high mountains.

The fur stores are advertising their annual sales. The call houses that specialize in sixteen-year-old virgins are doing a land-office business. And in Beverly Hills the jacaranda trees are beginning to bloom.

I had been stalking the bluebottle fly for five minutes, waiting for him to sit down. He didn't want to sit down. He just wanted to do wing-overs and sing the prologue to Pagliacci. I had the fly swatter poised in midair and I was all set.

There was a patch of bright sunlight on the corner of the desk and I knew that sooner or later that was where he was going to light. But when he did, I didn't even see him at first. The buzzing stopped and there he was. And then the phone rang.

I reached for it inch by inch with a slow and patient left hand. I lifted the phone slowly and spoke into it softly: "Hold the line a moment, please."

I laid the phone down gently on the brown blotter. He was still there, shining and blue-green and full of sin. I took a deep breath and swung. What was left of him sailed halfway across the room and dropped to the carpet.

I went over and picked him up by his good wing and dropped him into the wastebasket.

"Thanks for waiting," I said into the phone.

"What was it you wanted done?"

The voice sharpened a little. "I can't very well tell you that over the phone. It's-it's very confidential. Before I'd waste time coming to your office I'd have to have some idea-"

"Forty bucks a day and expenses. Unless it's the kind of job that can be done for a flat fee."

"That's far too much," the little voice said. "Why, it might cost hundreds of dollars and I only get a small salary and-"

"Where are you now?"

"Why, I'm in a drugstore. It's right next to the building where your office is."

"You could have saved a nickel. The elevator's free."

I said it all over again. "Come on up and let's have a look at you," I added. "If you're in my kind of trouble, I can give you a pretty good idea-"

"I have to know something about you," the small voice said very firmly. "This is a very delicate matter, very personal. I couldn't talk to just anybody."

"If it's that delicate," I said, "maybe you need a lady detective."

"Goodness, I didn't know there were any." Pause. "But I don't think a lady detective would do at all. You see, Orrin was living in a very tough neighborhood, Mr. Marlowe. At least I thought it was tough. The manager of the rooming house is a most unpleasant person. He smelled of liquor. Do you drink, Mr. Marlowe?"

"Well, now that you mention it-"

"I don't think I'd care to employ a detective that uses liquor in any form. I don't even approve of tobacco."

"Would it be all right if I peeled an orange?"

I caught the sharp intake of breath at the far end of the line. "You might at least talk like a gentleman," she said.

"Better try the University Club," I told her. "I heard they had a couple left over there, but I'm not sure they'll let you handle them." I hung up.

It was a step in the right direction, but it didn't go far enough. I ought to have locked the door and hid under the desk.


"This past spring was the first where I felt tired and realised I was growing old ... It's the middle of July now, and things are worse than they were in the spring. In the spring I wasn't holed up in some dingy hotel ducking the police." Robert Mitchum nailing Philip Marlowe in the 1975 film version of Raymond Chandler's Farewell My Lovely.
at 7/23/2011 05:44:00 pm