Why does Kevin Rudd hate us so much?

On February 9, King of Australia Kevin Rudd told a room full of teenagers at a special “question and answer” session on ABC TV that he supported raising the legal drinking age in Australia from 18 to 21.

This was not just a slip of the tongue or the ravings of one particularly mad wowser. Rudd’s government has been beating this drum since it took power in late ’07. Ironically, the youth vote was decisive to Rudd’s victory over his arch-conservative opponent.

Barely had Rudd assumed the crown when the royal decree came down: four *standard* drinks is “binge drinking”. (Note: that is less than three fucking stubbies).

And “binge drinking”, his government said, is an epidemic among our youth.

(Alas, the stats reveal lower levels of alcohol consumption than in times gone past. But if you wish to define “binge drinking” in such a ridiculous way, you can of course create an “epidemic”.

For instance, it is rumoured that a relatively significant section of today’s youth have at least one cup of coffee or tea on many days. And we all know how damaging caffeine is when used in excess.

All we need is the government memo declaring “excess” to be “more than one cup in a single day” and we can all run around screaming while the media shakes its head and mourns for a lost generation of twitchy caffeine-soaked youth.)

The government has made its anti-booze agenda clear from the start.

Rudd’s latest comments about the drinking age came in the aftermath of certain academics making similar calls picked up by the media.

And it comes in the aftermath of Melbourne's insane and criminal 2am lock-out (you can’t get into a joint to get a fucking drink after 2am!)

And after tax increases on alcohol, with alcopops — the drink of choice for the modern teenager — singled out.

It is obvious this government has a crypto-prohibitionist agenda. This is backed by a media campaign that repeats a simple message in increasingly hysterical tones: “Drinking causes violent crimes!”

And the obvious solution to this modern blight is more and more restrictions on the right to purchase and consume alcohol. Anyone who knows anything knows that if the prohibition of alcohol in the United States from 1920-1933 achieved anything at all, it reduced violent crime. 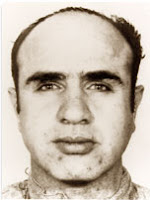 Al Capone: a personal example of the way in which legal restrictions on alcohol sale and consumption reduced violent crimes in the US during Prohibition.

Treading carefully, Rudd is seeking to extend prohibition piecemeal — starting with 18, 19 and 20-year-olds.

Then, it will be prohibition for all ages after midnight. Then 10pm. Then before 2pm.

Then, happy hour will be banned for “encouraging irresponsible drinking patterns”. It will become illegal for bottlos to offer specials.

Taxes will be ratcheted up dramatically — until prohibition by default is introduced and only Packer heirs can afford a beer after a hard days watching other people making them money.

You may think I am being alarmist. But these are all things that have either happened in milder form or have been floated.

The question is not whether Rudd wants this to happen, but just how much of it he can get away with.

So, Carlo Sands requests his own personal “Q&A” with our beloved monarch. And the question I want answered is this: Why does Emperor Rudd hate us all so much?

And *this* is how he repays us?

It is obvious that Kevin Rudd has a deep loathing for the Australian people, and no doubt humanity.

And the first in his sights are the youth. He must have had a terrible time at school, because his desire to to have his revenge on the current generation of youth seems insatiable.

Why does Kevin Rudd want young people to be miserable?

The stats are in. A study reveals that the happiest people are those that drink regularly.

This really shouldn’t be a shock, when you consider the state the world is in, but we live in disturbing times when even the more obvious truths must be repeated and repeated.

So why does our king want those under 21 to be miserable?

It is no secret that depression is a major problem among youth. And the emperor wants to introduce a policy specifically designed to make it worse.

There are even bigger questions. Why does Kevin Rudd not care about the health of our young people?

Everyone knows a major problem for people as they age is the risk of osteoporosis — where bones weaken significantly. And everyone knows a crucial time to deal with this problem, to work at strengthening the bones with needed minerals and vitamins, is while still growing.

No doubt the ages 18-20 are particularly significant.

On the exact same day that Rudd announced his support for raising the drinking age, ABC News broke the story: “New research suggests drinking beer can be good for bones and may help prevent osteoporosis, a condition where bones become thin and weak.

“Scientists from the University of California have found beer is a significant source of dietary silicon, which they say helps build bones.”

So why does Rudd want our youth to have bad bones and potentially develop crippling osteoporosis when they are older?

And there is the terrible blight on society that is heart disease. Hell, we even have a whole week dedicated to the problem — and students are encouraged to educate themselves and raise money in relation to the problem.

And yet, our Dear Leader himself wants to deny our teenagers one of the products scientific research reveals are best for the heart: red wine.

In fact, studies show that, for those with fatty diets, red wine consumption can be extremely beneficial to the health.

And it isn't just the heart.

Cancer is the modern plague — and it could be being made worse by all the health Nazis.

“Cabernet and chocolate are potent medicine for killing cancer, according to research.

For whatever twisted reasons of his own, our prime minister appears to want future generations of the elderly to be tumor-ridden while simultaneously suffering broken bones caused by falling over after having heart attacks.

Is this because no one asked him to join them at the pub for a drink when he was 19? 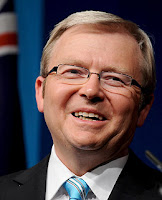 For reasons of his own, King Rudd wants Australia’s youth to be miserable and beset by poor health in old age.

Or, perhaps, is this some sort of advance-plan cost cutting measure, based on Treasury predictions of an increasingly aging population — an attempt to thin the flock?

Is this some sort of deal with the mafia and biker gangs who have gotten sick of smuggling in ecstasy tablets and crystal meth and want to run moonshine from New Zealand to serve at illegal gambling dens with cool jazz playing and corrupt cops looking the other way for their take?

Has Rudd just seen to many goddamn gangster films?

There are many questions. And President Rudd, Carlo Sands wants answers. 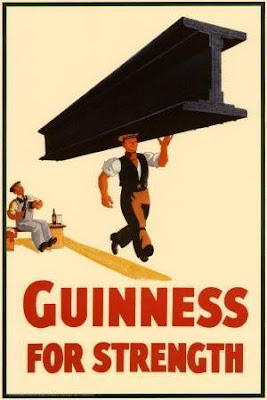