This COVID-19 thing is serious. The stakes are so high, if major sporting events keep getting cancelled, the world's men are going to be left with nothing to talk about but their feelings.

No one is safe, not even leading politicians. Australia's home affairs minister and renowned Dath Vader enthusiast Peter Dutton has tested positive. This has prompted widespread mocking and uncontrollable laughter, so I want to make it absolutely clear that, personally, I would NEVER say anything about Peter Dutton that I wouldn't ALSO say about Adolf Hitler.

Some people have suggested this shows Dutton doesn't wash his hands, which is true is extra unhygenic given all that blood on them from innocent refugees. In his defence, there is just isn't the hand sanitser in the world required to get them clean.

To make things worse, and I hope I am wrong but the signs are worrying, it appears, and this might be alarmist... but it appears that the president of the wealtiest nation on Earth where the virus is spreading rapidly and whose action will help determine the fate of the world ...  and look I could be biased as he isn't in the top 10 of my favourite politicians or even supervillains... but it appears... he might be a bit of a dickhead.

(That at least doesn't appear to be the case with Australia's prime minister, as we already know without a doubt from painful experience that he's a dickhead you'd not want anywhere near anything vaguely resembling power during a crisis.)

Unlike climate change, where you can recycle forever and turn off lights in your overpriced apartment and catch public transport on the rare days it runs properly but we'd still be in the midst of a rapidly evolving ecoholocaust, at least with a virus there is something everyone can do to... if not help at least not actively make things worse.

You can wash your hands.

Now many children and men aren't known for being the best hand cleaners. Many men right now are  just waiting impatiently for the crisis to pass so they can go back to vaguely flicking their hands at a basin after spraying them with urine in the toilets of an unsanitary pub.

That's why there is a great educational poster that offers a guide to washing your hands that comes with suggested song lyrics to sing to yourself to make sure you take 30 seconds.

And if there is a man for apocalyptic times, it's Tom Waits. The greatest living songwriter has been about this shit since forever PLUS he has the best lyrics so it is appropriate to take that "put the song of your choice in and a handwashing poster will be automatically generated with its opening lines" site and some Tom Waits lyrics to it.

Here are 7 great Tom Waits songs to sing while washing your hands, with links to the song so if you don't know the tune. If we all wash our hands we might avoid the total Apocalypse that wipes out humanity depicted in Song 6 until the next bushfire season at least!

The list starts with a happy, upbeat track about new love and features a super catchy melody and running all the way through to "forget it, we are all going to die" at the end. Happy washing! 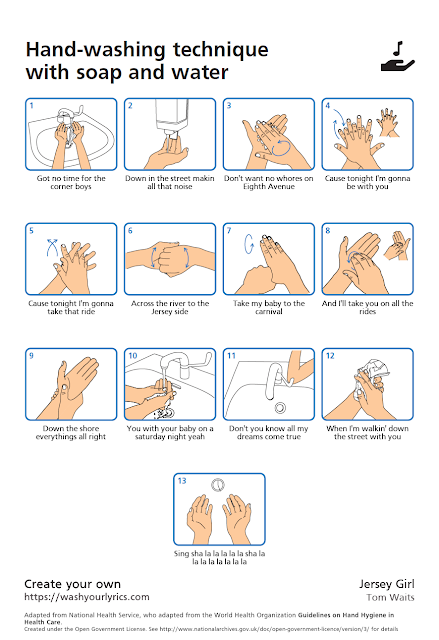 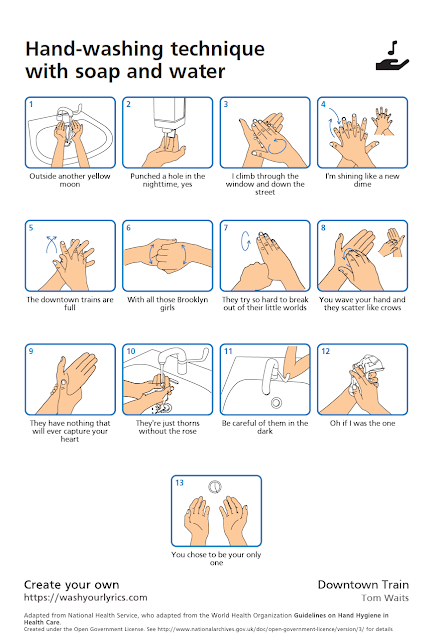 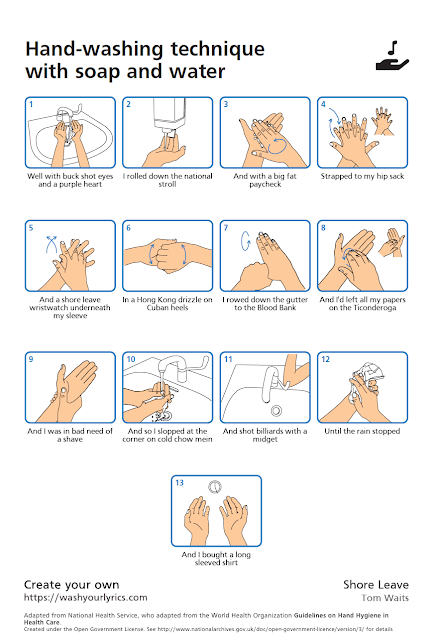 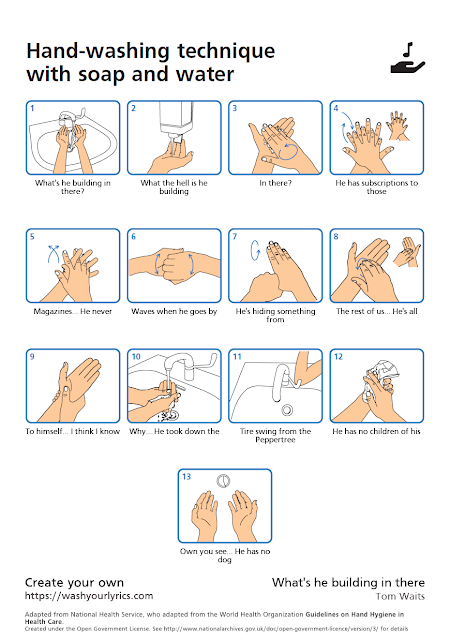 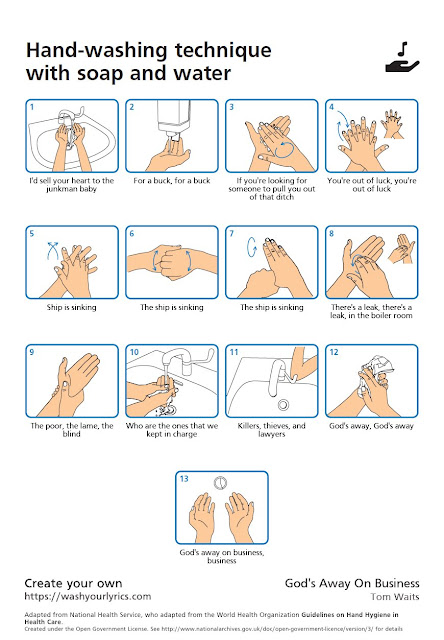 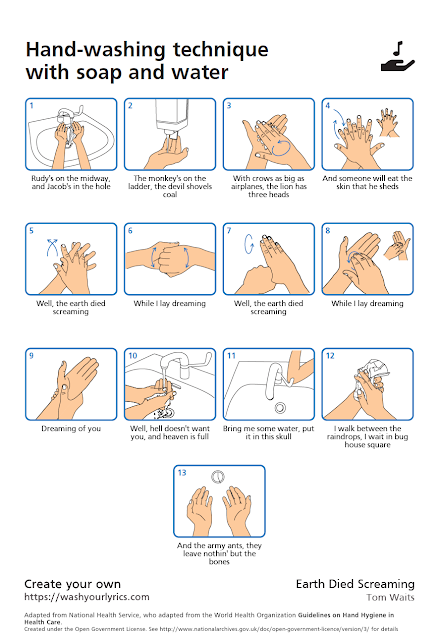 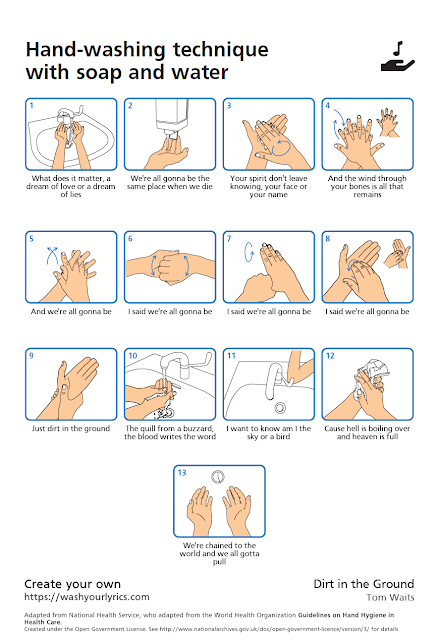