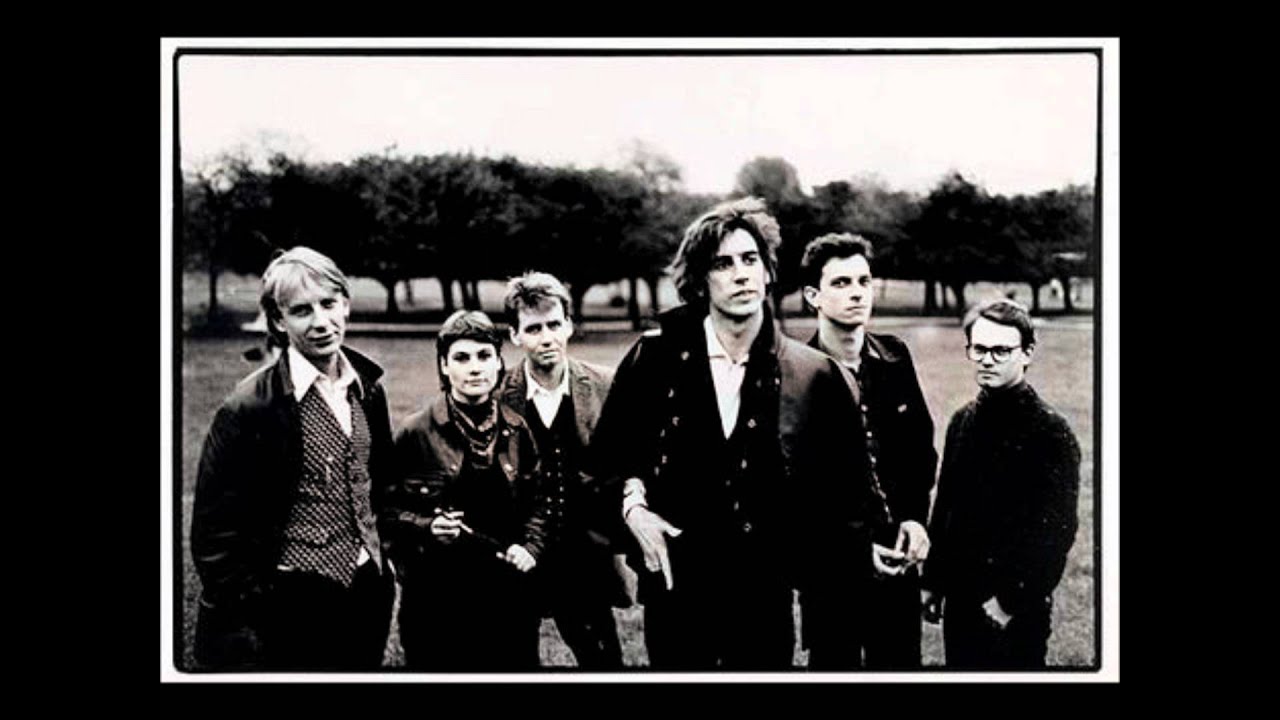 Well this is the FOURTH day in a row of alliteratively derived blog posts — after Manics Monday, Tom Waits Tuesday and Weddos Wednesday — and my natural instinct was to do Tom Waits Thursday until I saw it was the 30th anniversary of one of the great Australian albums: The Triffids Born Sandy Devotional.

The Triffids produced strikingly atmospheric post punk, creating folk-infused songs with a deeply poetic welding of romantic loss with a keen sensibility for the Australian landscape. They emerged in the 1980s from Perth in Western Australia — the most isolated capital city in the world. Having emerged from that sprawling mass of suburbia myself, I can see why — what the fuck else is there to do in Perth except what no one else has ever done?

There is something striking in Australian music that is hard to miss — so many iconic, defining bands emerged from the most redneck and culturally backward cities: Perth and Brisbane. I guess when boredom and alienation reigns, you might as well put your head down and create generation-defining works of musical genius.

To give just a couple of examples in each case. From Brisbane, emerging from under Joh's infamous jackboot, The Saints were hugely influential punk pioneers in '70s, while in the '80s, The Go Betweens rewrote the book on using well-crafted pop songs to create cultural markers where none existed.

In Perth, Kim Salmon's band The Scientists may have lacked the explosively revolutionary impact of Tthe Saints, but their swampy punk rock helped lay the ground work for Nirvana over a decade later.

And then came the Triffids.

For his part, lead singer and songwriter David McComb fulfilled the cliche of the "tortured poetic genius" so well — dying in 1999 at just 36-years-old after years of alcohol and drug abuse — that it is just as well he was actually fucking good or he'd have been unbearable.

To listen to the 1986 album Born Sandy Devotional — recorded in London, where most decent Australian bands fled in the mid 80s — is to hear Australia used as a backdrop for poetic, dissolute heart ache of the type that popular music frequently tries to capture, but rarely so perfectly.

On Estuary Bed, for instance, McComb starts by singing:

Which is about as "Australian summer" as you can get... but followed not much later by:


I see you still
I know not rest
Silt returns along the passage of flesh
I hear your voice
I taste the salt
I bear the stain, it won't wash off
I hold you not
but I see you still
What use eyesight if it should melt?
What use memory covered in estuary silt?

The summer has melted into something more disturbing.

You can watch a documentary about the album, or pieces in The Monthly or the Fairfax press about the 30th anniversary of a defining album in Australia's musical history.

I've chosen three of the album's 10 songs to post below. The first track, the defining middle track and the final track.

That middle track is, of course, "Wide Open Road" — the band's best known track and justifiably viewed as one of the best Australian songs ever. It captures the essence of the album and the band. The desolate Western Australian landscape, sprawling towards the empty plains of the Nullabor, is a metaphor for the emptiness that follows a failed relationship — leaving the protagonist free but alone.

The song captures the pain, confusion and even an unsettling dark sense of possessive jealously that is all-too-frequent with the male response to heartache. That ugly edge is very real.

And alcohol seeps through the album, as can be seen below.


He announced their trial separation, and
spent the night in a Park Beach Motel
bed, a total stranger lying next to him,
rain hitting the root hard over his head
She said "What's the matter now lover
boy, has the cat run off with your
tongue? Are you drinking to get
maudlin, or drinking to get numb?"

And years before his time
Surrounded himself with shiny things
First night tickets, ermine, pearls upon a string
And disappeared in all the pestilence
that sudden pleasure brings

Well I spoke to a man who says he's done it all
and the only thing that pleases or excites him now
is hurting, hurting then hurting some more
There's someone I want to forget tonight
Don't you want to forget someone too?
I left him, and I can leave you too