The Daily Carlo: Science developing a 'sober up' pill? WHAT THE FUCK? WE PAY GOOD MONEY TO GET DRUNK!!!

Well this is Day 2 of my latest Internet-Carlo Sands related innovation -- the Daily Carlo, whereby I blog at least once a day  -- and it has already been a runaway success! In the sense that this is Day 2 and I have managed a second post, which is really pretty amazing.

In today's Daily Carlo, however, I bring some terrible news: The Murdoch press is reporting science is working on developing a "sobriety pill" that could "prevent serious levels of intoxication".

What the FUCK, SCIENTISTS? What THE FUCK are you doing??? Why the HELL do you think we get drunk if NOT to eradicate, at least temporarily, the terrible scourge of sobriety?

WE GET DRUNK TO GET SOME FUCKING PEACE AND DROWN OUT THE GODDAMN HELLHOLE KNOWN AS "THE WORLD"!!!  AND YOU WANT TO RE-IMPOSE IT ON US WITH A FUCKING PILL??? 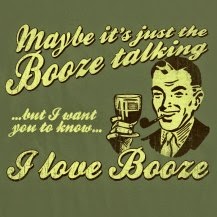 We LOVE being seriously intoxicated!

Jesus. It is not cheap, you know, getting drunk, Not these days. Booze prices are through the fucking roof, and they insist on making it as difficult as possible to actually consume, what with their fucking "lock out" laws and NSW-wide 10pm closing time for all bottle shops.

Jesus fuck, given all the effort we have to go just to achieve "serious levels of intoxication", you'd think you'd get some respect for effort. But no. No respect. It is shameful.

"Oh but things like the lock out laws are there because they care about alcohol-related violence and alcohol abuse and they really care for our health," I hear you suggest over your fucking alcohol-free mocktail, which just goes to how a lack of alcohol rots the brain.

Because what with all the fucking health care cuts and privatising public health this government is launching, the idea these pricks "care about our well-being" is a more ridiculous joke than Andrew Bolt's claims that "sickening ABC bias" is "destroying Tony Abbott".

No, what they really care for, and this really could not be clearer, is helping billionaire James Packer to make as much fucking cold hard cash as possible, and if he can make it in socially destructive gambling industry, bled from ordinary people in an outright shakedown, then all the better.

AND GUESS WHAT? The *key* winner of the lock-out laws in New South Wales is.... The Star Casino owned by James Packer!!! WOW WHO COULD POSSIBLY HAVE FUCKING GUESSED???

[T]he Star has been a major beneficiary of the NSW government's liquor reforms. The laws, in effect since February, prohibit patrons entering pubs and clubs in Kings Cross and the CBD after 1.30am and stop bars serving drinks after 3am. The lockout zone ends at Darling Harbour, which makes the Star exempt.

"We couldn't get in anywhere else so this is our last place to come and go," said 18-year-old Melissa Abarca. She and three friends, all from Wollongong, aren't here to gamble, though they concede they're likely to have a flutter.

None of the group has been to the Star before and they are visibly relieved when informed it contains a nightclub where they can dance. "We would have liked to get in to an actual club but we're here now."

This kinda shit, where our lives are play things for the super-rich, is precisely why we fucking get drunk! They are putting all these resources into how to sober us up and not into the important things, like how to solve climate change or building a time machine to go back decades and shoot Kyle Sandilands parents... and then they wonder why our desire for "serious levels of intoxication" only fucking grows! 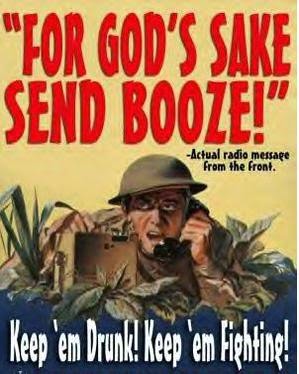 
I just hope that this is a classic Murdoch media beat-up, like that one about how the murder of three Muslims in North Carolina by an Islamophobic bigot was just about "a parking dispute" or that Miranda Devine is a "journalist".

And yes, sure, heavy drinking and drunkeness comes with consequences.We know that. But we are not just consenting adults capable of employing free will, we also forgive alcohol because we love alcohol. As gypsy punks Gogol Bordello explain so well in their love letter to booze below.

And you know that I'll pick up every time you call
Just to thank you one more time
Alcohol, alcohol...


That is another Daily Carlo. Don't thank me, just buy me a beer courtesy of the paypal function on the right-hand side of the blog. Please. Just thinking about that goddamn sober pill makes me thirsty.