The Daily Carlo: 'Aint it nice to be fighting on the winning side?' Syriza, Rojava, the Wanderers and SHOVELS & ROPE NEXT THURSDAY!!!

Well, holy fuck, this is Day 3 of my new Internet-Carlo Sands related initiative, the widely lauded Daily Carlo in which I pledge to blog EVERY MOTHERFUCKING DAY, and I have somehow I have made it three days out of three!

A truly remarkable milestone, and to celebrate, I thought I'd try something different. I thought I'd point out a few good things happening in the godforsaken world for a change!

Amid our seemingly inexorable descent into barbarism -- with terrifying climate news, our own fucking government torturing innocent children then seeking to destroy the woman who dare report the facts, and the fucking Smurf pricks at East Sydney Bling FC sitting a full five spots above the Western Sydney Wanderers on the A League table -- it seems humanity could sure use some cheering up.

Well, just call me Mr Cheery, coz this year has already involved some pretty impressive wins that push in the opposite direction.

Let's just start with the stunning victory of the left-wing party Syriza in Greece's January 25 elections, the first election of a radical left government in Europe since the 1930s and a decisive kick back against the austerity polices causing extreme humanitarian crisis.

Now I know what you're thinking: what the FUCK is the radical left doing wining anything?

The far left should, by rights, be on inner-city street corners with stalls people avoid or in inner-city pubs complaining about all those other leftists on the other stalls. I mean that's the left, yeah?

SO WHAT THE FUCK IS GOING ON??? 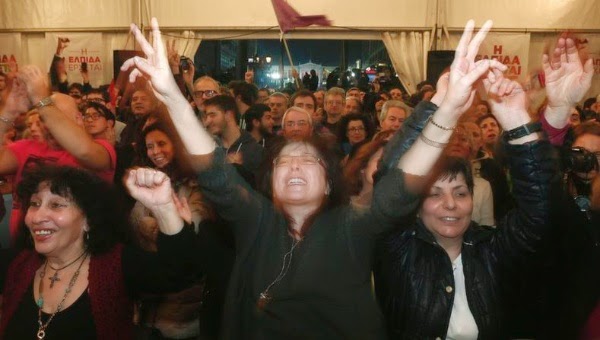 
And yes, I know the Latin Americans have been doing this kinda thing, electing radical left governments and defeating elite attacks for, like, years already, but for fuck's sake, that's them! I mean, if all followed the ways of the Latinos, we'd suffer collective liver failure in a week.

But then, as if like one victory for the global left was not enough, the next fucking day the revolutionary Kurdish-led liberation forces finally decisively repelled the ISIS siege on the town of Kobane in Rojava, where a profound experiment in genuine, direct democracy has been underway!

And then, and this is without a doubt the most glorious win of all, Western Sydney Wanderers put aside their dismal A-League season to start their Asian Champions League title defence with a stunning 3-1 victory over J-League heavyweights Kashima in Japan!!! 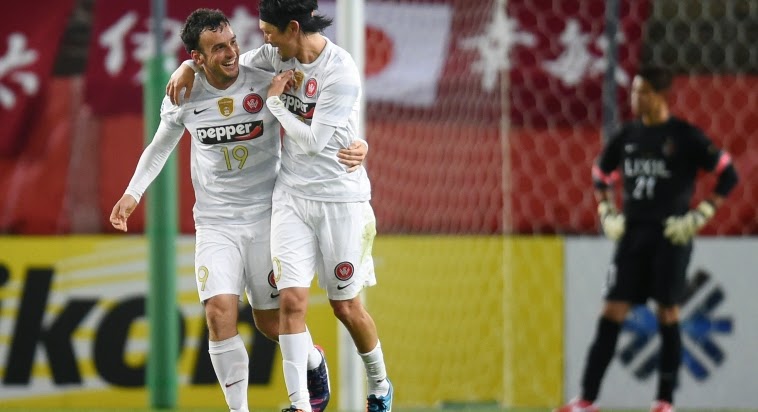 Despite being forced to wear especially shit ugly away jerseys, the Wanderers won 3-1!!! Goal scorers Mark Bridge and Yojiro Takahagi celebrate a glorious win for all humanity!


And then, as if that isn't enough sheer glory to celebrate... brilliant country folk act from South Carolina, Shovels and Rope, are playing in Sydney NEXT FUCKING WEEK!!! ARRGGHHHHH!!!

'Though we've never met you've captured my heart. I love you like gunpowder loves a good spark...'


Now, yes, sure. I can already hear all the nay-sayers. Yes, I know the limts of each and every one of these victories.

Yes, the new Syriza government has already been blackmailed into accepting some serious compromises that block key chunks of its program in the short term -- though how much is debated.

And yes, despite heroically beating the fascists of ISIS, there are legitimate questions as to how long the relatively isolated revolutionary cantons of Rojava can hold out against competing pressures of the Assad dictatorship, ISIS terrorists and Western imperialists.

Plus, despite our glorious win in Japan last night, the Wanderers don't just sit last in the A-League with just eight points from 16 matches, we face the crucial derby The Enemy Of All Humanity that is Sydney FC on Saturday missing Spiranovic and Poljak due to suspnsion and Santalab and Cole due to injury, which a somewhat unnerving prospect to say the least.

Worse of all, I have it on good authority that, having played their Australian gigs, Shovels and Rope plan to leave the fucking country, rather than stay here, permantly, in my basement, playing constant gigs.


'Aint it nice to fighting on the wining side?'


It is, Shovels and Rope! It really is! And no need to thank me for bringing a bit of happiness into your otherwise pathetic and utterly depressing lives! You can just buy me a beer! Courtesy of the Pay Pal button on the right-hand of this blog! WOOHOO!!!
at 2/26/2015 11:56:00 pm