Wow, what a huge couple of weeks in world events! On dictators, popes, Wanderers and... a BRAND NEW CONVERSATION FILM!

Well, what a huge few weeks it has been in world events!

It has truly been one dramatic development after another. Let's just start with March 5, when Venezuelan tyrant Hugo Chavez lost his final battle with cancer and is no doubt rotting in Hell for all of his terrible and well-documented crimes against humanity -- such as winning 15 elections in just 14 years, eradicating illiteracy and calling George Bush a war criminal.

I detail more of the terrible crimes in the most recent Carlo's Corner at Green Left Weekly. But be warned, it is pretty confronting stuff, so maybe don't read it while eating. Especially, if like the Wall Street Journal's Mary O'Grady, you cannot stomach what she refers to as "the mob", but who are also commonly known as "ordinary people". (It is always so *unsettling*, isn't it, when the mob vote for a politican and then the politican keeps his promises and enacts polices in their favour. It is *so* cheating to, like, take democracy *totally* literally and shit.) 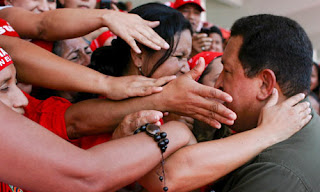 Like all dictators,Chavez had a deep fear of his own people. Above, he is confronted by angry Venezuelan citizens protesting the spread of free education and health care. Below, Chavez tries to flee from steel workers furious the tyrant had nationalised their exploitative multinational steel giant boss and then signed a collective contract granting their demands. 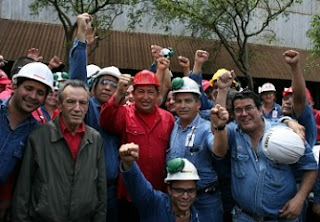 And a new Pope! WE FINALLY HAVE A NEW POPE I WAS SO LOST WITHOUT ONE AND NOW THERE IS A NEW ONE AND HE HATES WOMEN AND GAYS AND EVERYTING! HE'S PERFECT!

Oh, sure he helped Argentina's fascist military dictatorship commits its crimes against humanity, but, I mean come on, who among us can honestly say we have not kidnapped and tortured the odd priest?

It is an intersting thing, though, the media coverage of all this. Pope Francis supports the poor and Chavez was a tyrant. *Such* a strong grasp of reality. 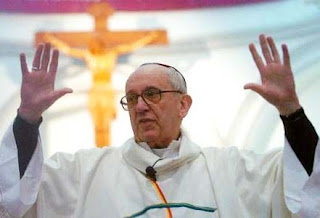 'Oh come on! We've all helped kidnap the odd priest!'


And, of course, news just doesn't get much bigger than the Western Sydney Wanderers smashing Melbourne Heart in Melbourne to win an A-League record of TEN GAMES IN A FUCKING ROW.

The win goes a long way to ensure they are premiers in the THEIR FIRST EVER FUCKING SEASON with less than half the players' wage bill than their uptown rivals Sydney "Bling" FC ("Bling" is not an insult I invented ... they actually CALLED THEMSELVES "BLING" AS A MARKETING PLOY), with a team made up mainly of cast offs from other teams and with fuck-all resources. 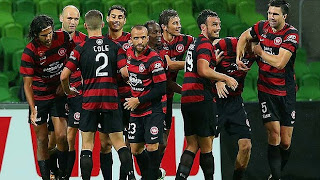 YES! WANDERERS!!! The players (above) and fans who travelled down from Sydney (below) celebrate in the rain after the Wanderers win a record 10 games straight in Melbourne on March 16. 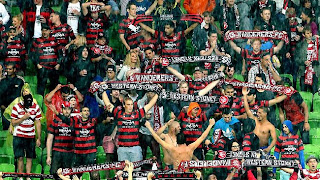 But the without any doubt the biggest and most dramatic news of this month came on March 1 ... YES it was the day so many believed they woud never see, but after an *agonising* 20-months wait, the world was finally rewarded with the release of A NEW CONVERSATION FILM BY CARLO SANDS AND BEN!!!!

Following on from the glory that was the critically acclaimed blockbuster Conversation IV: This Time it's Sensual, myself and Ben finally caved to the ceaseless demands of our fans and produced the much anticiapted sequel Conversation V: The Return -- a heartwarming film based on the true story of Ben's leaving from and return to Sydney. CHECK THIS SHIT OUT!


The latest installment in the groundbreaking 'Conversation' film series tackles the big issues of loss and rediscovery in the journey of life. As one critic, called "Ben", movingly wrote: 'Watching this film is like squeezing a pimple of joy and getting the pus of happiness in your eye﻿'.


Christ, I swear to God this is more excitement than anyone could be expected to bear. So... I know... why don't you relax and have a chuckle or two by watching my entry into the Five Minutes Live stand up comedy online video competition... all you have to do is sign in, watch it and =thejn click like if you like it... I am currently ahead, but it runs until September and if I am ahead in Septmeber I win FIVE FUCKING GRAND AND I SWEAR TO GOD I'LL BU YOU A BEER I PROMISE YOU! TRUST ME!