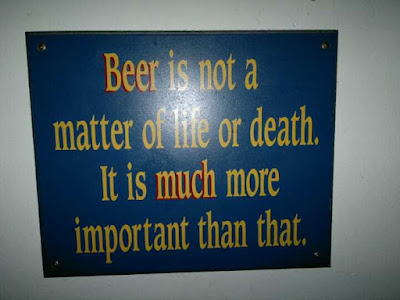 We live in a pretty fucked up world. The brutal imperialist war on Afghanistan and Pakistan continues unabated by remote control, the rulers of the world have decided to ignore the dire warnings and to allow ongoing ecological destruction, and new statistics suggest the most influential person online is the devil child himself: Justin Fucking Bieber.

And, in the face of all of this, the approach of those that rule us seems to be to make it as difficult as possible to cope with the horrors of their system by enjoying a fucking drink or twelve. Just to really torture us.

Hell, as well as proposals in some states to raise the drinking age to 21, the Northern Territory has gone ahead and banned the sale of cask wine in quantities of more than two litres!

This is going too far - the four litre goonbag is part of the goddamned national culture. Poor old Tom Angrove, the inventor of goon who sadly passed away last March aged 92, will be rolling in his fucking grave.

If you can't get a four litre cask of the red-coloured goon for about ten bucks, then what the hell is this godforsaken country about? What the fuck are highschoolers and uni students meant to fucking do? At the very least, it is going to require return trips to the goddamn bottlo.

Well, take heart fellow liver destroyers, at this inspiring tale of resistance by prisoners in a British jail.

All the poor fuckers were trying to do is what people have been doing the world over as a new year rolled in: drinking to forget what a fucked-up year it was and to forget how fucked-up the next one will inevitably be too.

LONDON: Specialist police have quelled a riot at a British prison after inmates set buildings alight when staff tried to breathalyse some of the 200 prisoners amid fears alcohol had been smuggled in on New Year's Day.

Authorities are investigating the day-long rampage involving about 40 inmates which began early on Saturday at Ford open prison near Arundel, in Sussex in south-east England.

Several buildings were burnt to the ground and police in body armour and firefighters were called in. Television pictures showed flames leaping from several buildings at the 1960s-era prison.

And why shouldn't the poor bastards be allowed a fucking drink? Or is getting pissed only for the rich and privileged in Britain, as suggested by a recent study showing high income earners drink the most?

Carlo Sands says good on the prisoners! That is how you fucking do it. We need more of this.

I personally witnessed a smaller version of this type of resistance a week or so ago when I was on the the first floor balcony of the Newtown pub Kelly's at about 3.30am. The pub security guy had been trying to put a downer on people's alcohol-fuelled fun when one young guy from a table of drunks got up and bravely started singing Bohemien Rhapsody as loud as he could.

Inspired, from every table on the balcony people rose as one to join him in his stand - as the security man raced out in a panic, despairing as he tried to put down the Queen Rebellion.

It was a small gesture, perhaps, but it shows the collective power of a group of drunken strangers when they decide to unite, stand as one and shout "Mama just killed a man, put a gun against his head, pulled my trigger, now he's dead!"

It would, of course, been much better had they been singing The Pogues, but you take your inspiration where you find it.

"And in the Euston Tavern you screamed it was your shout, but they wouldn't give you service so you kicked the windows out. They took you out into the street and kicked you in the brains, so you walked back in through a bolted door and did it all again". The Pogues "Sick Bed of Cuchulainn" would have been a better choice for drunken rebellion, but, in a world as fucked up as this one, you take your inspiration where you find it.
at 1/03/2011 04:56:00 pm