As nearly seen on 60 Minutes

I have long been aware this blog has fans in important places. It attracts the crème de la creme of the Australian, indeed world intelligentsia. True leaders — doers, not just thinkers.

The movers and the shakers (and not just with DTs).

So you can only imagine how disappointed I was to get an email from someone from 60 Minutes telling me she “loved the blog” and wanting a chat.

The first I heard of this strange episode in Carlo Sands’ life (you can refer to yourself in third person if you are famous and Carlo Sands has decided nearly being on 60 Minutes counts) was an email from one of the administrators of the “Who is Carlo Sands?” facebook group that posed the obvious question: “what the fuck?”

The administrator had received a message via facebook from 60 Minutes seeking help in tracking Carlo Sands down.

A few thoughts occurred to me: this was someone's idea of a joke; 60 Minutes were planning an attack on binge drinking and figured a few cheap shots at a proudly alcoholic blogger would score easy points; or possibly it was about that cake recipe from Conehead the Barbituate I posted, even though I clearly specified it was for educational purposes only and, if you really wanted to bake it, to use the non-THC strain.

I didn't have to ponder too long, as I discovered 60 Minutes had sent Carlo Sands a message too.

There it was in my email account, which I rarely check as only spammers and fake hit-collecting sites seeking "link exchanges" ever email Carlo Sands, with the official Channel Nine logo at the bottom: "Dear Carlo, I saw your blog and would love to chat with you about it..."

It struck me that whatever 60 Minutes wanted, it was unlikely to be good news for Carlo Sands or the much-maligned binge drinking community.

But, curious, I sought more information. Sure enough, I got this response: "I’m working on a story on alcohol and the push to change legislation, cut opening hours etc

"I’m looking for someone who can defend those who like going out and drinking. It wouldn’t necessarily have to be you but I do love your blog. I’d love a chat on the phone if you have a minute…"

Well, it is true the attacks are increasing alarmingly.

Even god damn mX got in on the act with a stunning front page story on September 17 that purported to reveal shocking evidence of damaging “memory loss” among youth due to binge drinking.

But the free Murdoch rag then shredded its credibility by quoting some “expert” speculating an increase in youth dementia rates “could be because alcohol is more readily available and affordable”.

What the fuck? More readily available than where? Saudi Arabia?

It is certainly not more readily available or affordable than times gone past in Australia. Anyone who thinks it is should read my post and the comments on it about the now-demised South Pacific Rugby Club in Canberra and ask themselves what odds such an establishment has of existing in today’s anti-booze atmosphere.

More affordable? Jesus, with taxes ratcheted up, the only way you can afford a few schooners these days is to apply for a mortgage.

I gotta cousin who has moved to Dubai and says booze may be harder to get, but it's a damn sight cheaper. Our god damn livers are being taxed to death.

The cops will have the power to seize alcohol and issue fines of up to $2200 for those drinking in public within these zones.

Drinking in public is legal in New South Wales - asides from the now-proscribed areas.

Then, and at this point I nearly decided to just end it all now than try and live in such a horrible fucking world, came the news of a push to force pubs in Sydney to close up for the night at... GOD DAMN FUCKING MIDNIGHT!

Midnight! I mean for christ's sake.

I am not saying it is necessarily bad thing to call it a night and stagger to the train station at midnight. With a few good hours of drinking behind you, it can often be fine.

But not all the god damn time.

No, there are some nights, they happen to us all and to some of us quite frequently, whereby midnight is just not enough. More drinking is needed.

This is especially the case if, for reasons outside your own control, you started drinking late. Reasons such as work.

Some people work late. Some are fucking shift workers. Their right to cope with the mind-numbing, soul-destroying horrific job they are forced to do to pay the fucking rent by drinking and then drinking some more is under attack. 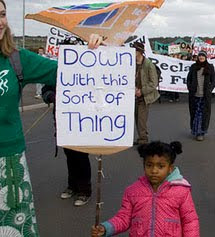 
These attacks are too serious not to take any opportunity to resist. My duty was clear: I gave the journo my mobile number.

When she called, she started by asking a whole lot of impertinent, but predictable questions, such as: was my name really Carlo Sands, or else who was I? What was it I did?

She probed and took a guess I worked in the media. She claimed this was because I clearly knew how to write (has she fucking seen the typos on this blog?), but really I think it is simply because stats show almost no one drinks more than journos.

She asked me questions about what I thought about booze and binge drinking and the new laws. Then she got to the point.

Most media, she said, would do the standard youth binge drinking and alcohol-induced violence story. 60 Minutes brilliant idea for a different angle was this: How about they filmed "me and my mates" on a night out drinking, to show a different side, that people can go out and drink and joy themselves without causing or getting into trouble.

A 60 Minutes cameraman and producer would simply tag along, film it and try and not get in the way.

Note: Nothing was said as to who would pick up the tab.

My first thought, again, was: Has she read the fucking blog? She wants a night that *doesn't* end in messy chaos?

I am not saying I don't have such nights, but I try and keep pretty quiet about the fact.

And I was certainly not thrilled at the idea of such a night being fucking broadcast on national TV! Carlo Sands has a reputation to uphold.

My second thought was: it's a set-up. Whatever we do, we'll have no control over how 60 Minutes presents it. Commercial current affair shows specialise in that shit.

I suspect that wasn't the plan at all. For one thing, they would have offered to pay - to make it more attractive and ensure we got shitfaced. I suspect 60 Minutes did just want a different angle.

Now, Carlo Sands is willing to do whatever it takes to resist the crypto-prohibitionists. I have no problem doing whatever would give me a national TV audience to that end.

Hell, I reckon they should take me to a pub, fill me up with beer and film me ranting about crypto-prohibitionists in an extended live-to-air special feature that ends sometimes after 2am.

But convincing anyone else it is a good fucking idea to let Channel fucking Nine film them getting pissed is a different matter.

It isn't so simple to say to someone: "Pub? Just for one..." ("Just for one" is code for "Till we stumble out at closing time and try and find another venue open for more").

I told the journo I'd give her an answer the next day.

There were those who strongly advocated taking up the offer. Whatever happened, it would be amusing.

But almost without fail, such people were safely in another city. (Though there was at least one offer to fly in to Sydney for the event - I make a point of never using people's real names on this blog so let us just call him "Ben".)

In the end, almost no one actually in Sydney was willing to take a public stand and get pissed on the telly. I had no choice but to say no.

60 Minutes would have to find some other alcoholic to con his friends into letting a comercial current affairs show stick a camera in their boozed-up faces for a night.

Yes, Carlo Sands’ one big chance at glory, at showing this god-forsaken country just how it should fucking be done, at smashing the crypto-prohibitionists with one big televised binge... it has come and it has gone.

It could have been Carlo Sands' one shot at the big time, at fulfilling a life’s dream: getting pissed on prime time TV.

Fuck, I need a beer.