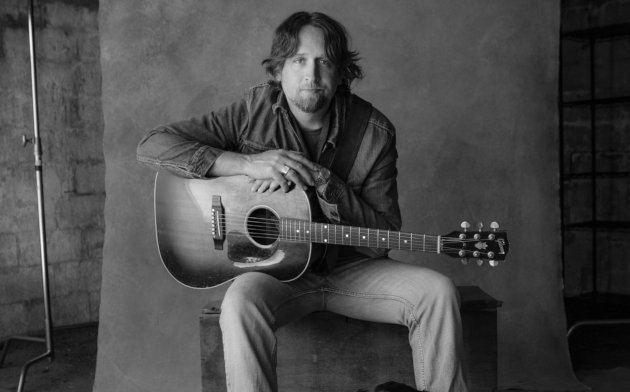 This Covid lock down in Sydney has been going on for about 398 weeks with what appears to be twice that still to go.

Living in one of the "bad" local government areas of Western Sydney that is both home to the multi-racial working class that keeps the city running and also needs to be punished with cops and soldiers, we get the added benifit of police helicopters flying overhead yelling through megaphones at kids to stop playing basketball (which of course is the main source of community transmission in Sydney, whatever fake news you hear about it being essential workplaces without proper protections coz employers are a bunch of profiteering fuckers backed by corrupt governments whose attitude to workers' rights is like mine towards booze suuplies in lockdown -- they exist to be demolished).

With nothing else to do, it is only natural our minds turn to key questions such as "What is the best Hayes Carll song ever?"

Such existential questioning about the Texas country singer's two-decade-long career is only deepened by the welcome news of a new Hayes Carll single -- "You Get It All", a heartfelt song of the sort Carll specialises in these days (ie: it's another love song for his wife, fellow country singer Allison Moorer).

Spoiler alert: there is no actual answer to the post's title. There is no "best Hayes Carll song ever", because it is all subjective -- and not just person to person, but anyone of us will change our minds constantly for a 1000 reasons,

It depends a bit which Hayes Carll you want. In the first phase of his career, with four albums released between 2002-11, Carll developed a a clear persona: the drunken poet. By his own admission, he played a character -- the dishevelled troubadour, stumbling from gig to gig all bleary-eyed romance and witty quips.

It was an enchanting character and I certainly loved it. I am just a year or two younger than Hayes Carll, so while he was drinking and gigging his ways through his 30s, I spent my 30s drinking and listening to him and wishing I was him in my weaker moments (after a few drinks, so most of the time).

Then, in the aftermath of the endless touring of his 2011 KMAG YOLO album, Hayes Carll hit a wall.

Playing the role of an outgoing charsmatic frontman of a full band rocking out with tales of debauchery and heartbreak was taking its toll. The character he was playing, that gave the introverted Carll the cover to go out each night, was starting to consume him. He was drinking way too much. His marriage disintegrated.

Hayes Carll called time and wrote a heartfelt piece for No Depression about the need to be himself and express himself as he actually is.

The result was a stripped back and deeply personal album "Lovers and Leavers", released in 2016 to justified critical acclaim.

His subsequent album (and now the new single) continue in the vein of a more honest portrail of himself and his views. And entering my 40s just after Hayes Carll, I can relate to leaving behind an alcohol-fuelled persona that seems fun in your 30s but leaves you wanting some genuine peace and serenity (I'm only saying this here coz no one will actually read this post).

So the answer to the question "What's your favourite Hayes Carll song?" is which Hayes Carll?

Of the pre-2016 Hayes Carll, you could go for the laugh-out-loud wit of "She Left Me For Jesus" (or possibly "Another Like You"), or the aching barroom romance of "Beaumont"  ("Chances Are" also does the trick).

Or maybe you just want the "what the fuck is actually going on I am SO FUCKING WEARY" sense of "Wish I Hadn't Stayed So Long" (and I really relate to this one for my own reasons, and if you put a gun to my head I'd chose it as my favourite).

But... getting older just slightly behind Hayes Carll... I find myself relating really strongly "Good While It Lasted" from "Lovers and Leavers".

So as far as tonight goes, I'll choose it as my favourite Hayes Carll song.

I used to play down on broadway
The same song every night
Singing for the tip jar
Underneath the neon light
Had a good time with the women
And the compliments were free
I dreamed of something bigger
But it just wasn't meant to be
But I was happy there for a while
Just like a desperado, out searching for a song
It was good while it lasted
But it didn't last too long

Nothing last forever
Time knows that it's true
Sometimes a little while's the best that we can do
You ended up beside me
Like some long-forgotten dream
You took my hand and showed me colors
I had never seen
We both said forever, forever till the end
But forever's something different
To a lover than a friend
We thought we had it all there for a while
Just like that perfect moment 'fore the darkness turned to dawn
It was good while it lasted
But it didn't last too long