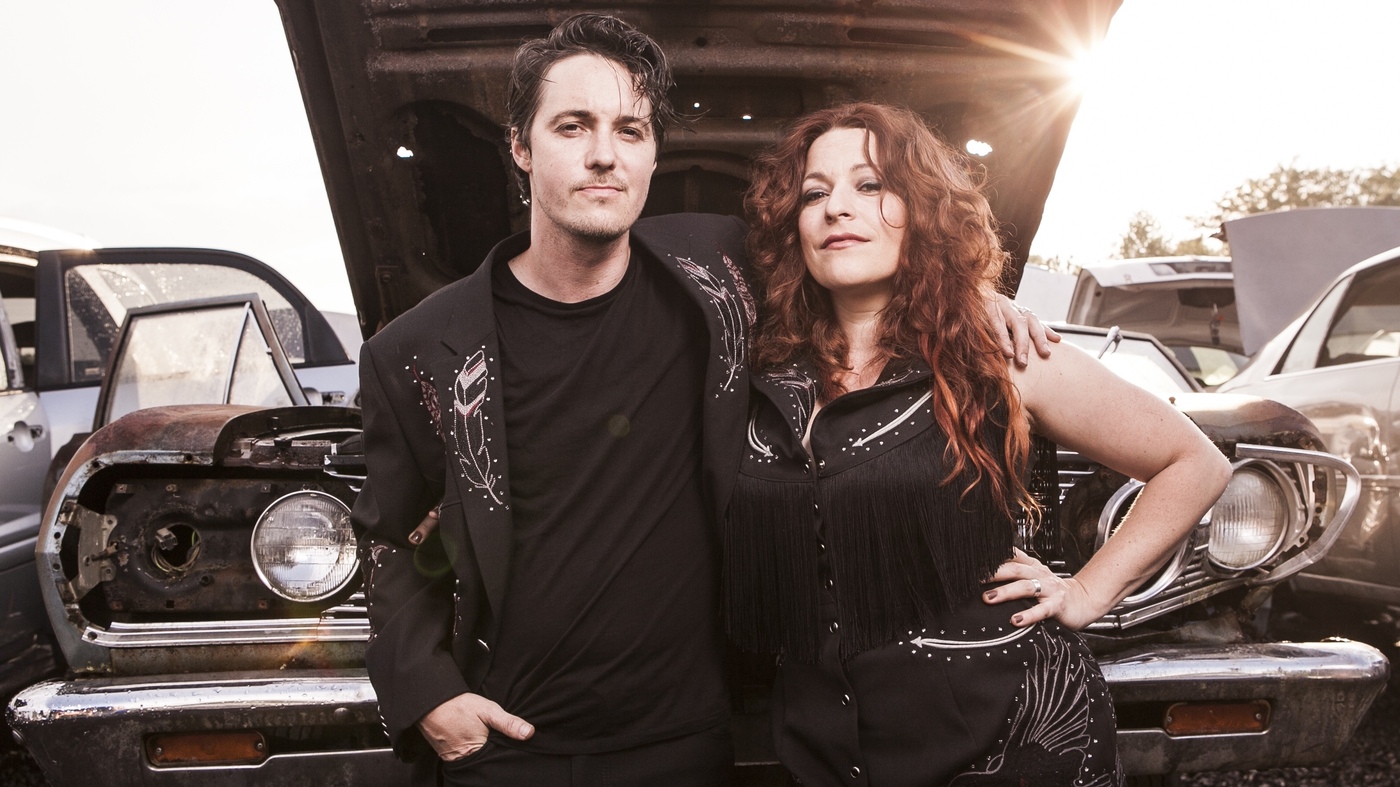 Shovels and Rope are husband-and-wife duo Cary Ann Hearst and Michael Trent, based in Charleston, South Carolina, and they deliver dirty, sweaty, and insanely beautiful, in turn or all at once, country/folk/bluesy rock with more than a dash of punk attitude.

The magic of Shovels and Rope is their raw energy, combined with often soaring harmonies and wrapped in sheer joy and love for what they do. They sound like Angels from Heaven, but one's who've just escaped Hell. They're beautiful, but singed.

Playing just guitar and drums, and occasionally keyboards, swapping between the instruments mid-show, they are really a band to see live to get their full value -- their records are great, but it's hard  for a recording to fully capture the live dynamism.

That is not to say a new Shovels and Rope record is not a cause for wild celebrations coz it definitely is. There should be street parties. Public holidays should be declared. They won't be, because we are all governed by pricks, but they should be.

So what could be better than a new Shovels and Rope album? Well, it seems the second volume of their covers project, whereby they collaborate a different artist on each track., as with Busted Jukebox Volume 2, which was released on Thursday and which you can and indeed should purchase here.

In all honesty, I didn't full expect that. It follows on from Busted Jukebox Volume 1, where they also recorded a series of covers with other artists.

And that was good. I mean I doubt Shovels and Rope could do bad if they told them their lives and the lives of all their loved ones depended on it. Among other highlights, their version of "(What's So Funny 'Bout) Peace, Love and Understand?" is transcendental. But it never grabbed me as hard as their original music

I'm not sure exactly why I feel Busted Jukebox 2 is different, but it is. It is not just a pretty good record done well and interestingly: every track sounds like a revelation. They take well known songs and turn them inside out, or just add fresh layers and new elements that create a different, but often profound impact.

This is a record features everything that is great about Shovels and Rope... then adds to with a different awesome singer/performer added to each song. They manage to give each track a unique feel with different singers brought it, yet their sparkling performances always makes it sound like Shovels and Rope. It sounds fresh, evocative and full of wonder.

Here, you can also listen to each track with interesting notes specifically written by Shovels and Rope at.

It is hard to know which tracks to highlight as I really like them all. Their version of Faith No More's "Epic" is one of the more interesting. Featuring Lera Lynn (possibly the only good thing about season 2 of True Detective), it is a significant re-interpretation of the song.

However, I've chosen to highlight three other tracks that give a good feel for the vibe -- including,  naturally, their glorious version of the Clash's "Death of Glory" featuring none other than Hayes Carll (who I may have mentioned on this blog once or twice). I post them below, following a playlist of each track on the album.

With a new Shovels and Rope album,t he only thing that will make this week better is if, tonight, the Western Sydney Wanderers do the unlikely and beat Sydney FC in the derby.


A cover of a song by post-rock art-rock band from Iceland, Sigur Ros, Shovels and Rope noted: “A lot of people might not know the original version of this song but it is a beautiful, floating, anthemic soundscape by Sigur Rós."


As brilliant a songwriter as Leonard Cohen was, he often lived up to his reputation as "depressing". This song, which vacillates between declarations of being determined to prove love and admission of failure, comes with more colour and life here than the beautiful but typically more downbeat original.


In their notes, Shovels ad Rope had these lovely words to say: “Hayes Carll was the first guy to take us out on the road when we had absolutely nothing going on. He taught us a lot about what’s important and what’s not in this business and on the road. He’s one of our favorite songwriters and human beings and we owe so much of what we’ve been able to build over these last six years or so to his kindness and generosity.

“We wanted to do a slinky, swung version of this song where we traded off verses and just had some fun with it; loose and raucous. It still sounds like punk rock, but with cowboy boots.”