Tomorrow, Britain will vote in what is pretty widely considered the most important British general elections in years. On one side of British politics, you have a bunch of elite, pampered, born-to-rule overpriviliged arseholes whose brains are too small to imagine anything but a cruel status quo whose victims they patronise and insult with empty platitudes and vacuous rhetoric.

And that's just the majority of the Parliamentary Labour Party! The actual Tories are even worse.

But on the other you have a youthful, growing, determined mass movement of people who want an end to anti-poor austerity measures, oppose the privatisation of health care, who want to stop selling arms to brutal regimes like Saudi Arabia and end bloody Western interventions that kill large numbers and create the conditions for the sort of horrific terror attacks in Manchester and London.

And this movement is coalesced behind one man: Jeremy Corbyn.

Much maligned by the political and media establishment, who treat him like some sort of bad joke, the veteran socialist MP has defied expectations ever since he entered Labour's leadership race in 2015.

Armed with a powerful Manifesto that represents a decisive break with austerity and proposes tilting the scales in favour of the working people against the 1%, his campaign has turned what looked like a Tory rout into a potentially very close run thing.

Most of all, Jeremy Corbyn represented the ordinary person. Not just in policy, but in his decidedly unfashionable dress. I deliberately avoided saying "proudly unfashionable" because I am not sure it would have ever entered his head until recent weeks to feel pride in his attire one way or the other.

That means a lot to many people, myself included. Even here in Australia, I have been inspired at the sight of a man aiming to lead a whole nation while dressing like a high school geography teacher just before his fortnightly trip to the laundry down the street.

Corbyn was an inspiration. There was that time he met a baying media outside his front door in socks and shorts with a daggy, brown-striped short-sleeved shirt, and you knew that wasn't a calculated decision.

His wife probably said to him as he opened the door "Oh you are not greeting the hyenas of the capitalist press out to smear and demonise you in order to crush a movement of working people seeking to use your leadership of the Labour Party to push back against the elites destroying all that is decent in society dressed like that?"

To which a genuinely bemused Corbyn no doubt responded with "What?" before walking out to put his logical, carefully thought-out case that the interests of the majority should be put before a too-powerful minority and, as another point, perhaps weapons programs whose function is to obliterate millions of lives with a single push of a button isn't the wisest course.


But Corbyn has changed.

And it is not just that the largely wonderful Manifesto includes a compromise for the veteran anti-war campaigner by including a commitment to not scrap nuclear weapons. No... far worse than that.

Of late, Corbyn has started dressing... and it pains me to write this... snappily.

Yes, the very thing that defined the soul of Labour's socialist leader has been thrown out the window in favour of carefully chosen outfits that exude... there is no other word for it, unfortunately... they exude style.

If you think I am exaggerating consider the fact that Corbyn's sartorial shift has been noticed and praised by none other than Vogue magazine itself!

On June 5, Vogue was moved to write:

WHO is Jeremy Corbyn’s stylist? He must have someone advising him on his wardrobe. For while the shifty suits remain at least one inch too large for his wiry frame, Corbyn’s certainly turned a corner in the long old road to chic.

As one Twitter user commented after his confident performance on BBC1’s Question Time on Friday evening, it is a very skilled individual who has “turned the Corbyn look from a freight train-jumping hobo into a vaguely credible-looking adult”.


As if there is anything wrong with the "freight train-jumping hobo" look! I call it the "I'm Pretty Sure this T-shirt Has One Wear Left And that Beer Stain Isn't Really Noticeable" look.

I mean, this has been a feature of Corbyn's career for a long time. Check out this clip of Corbyn responding to a Tory whinging about "Labour scruffs" (he even names Corbyn) not dressing of a standard fitting of parliament. (I guess when working extend imperial power across the globe while crushing working people at home, you should at least try to wear a decent tie.)

And now Jeremy Corbyn wears outfits so nice they draw comment from Vogue!

Look at him now! 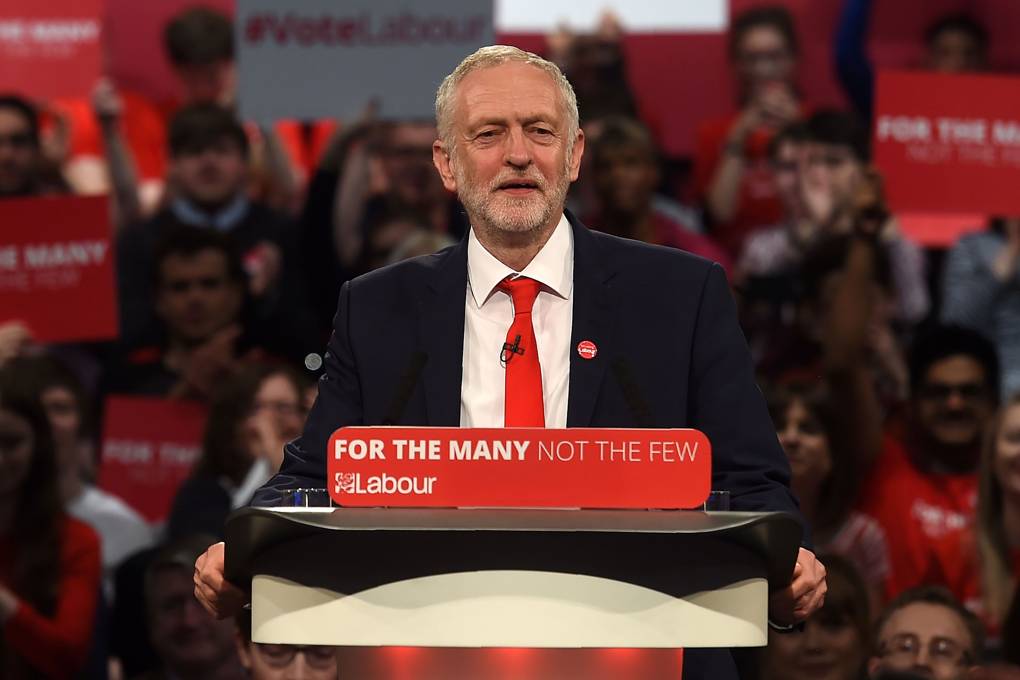 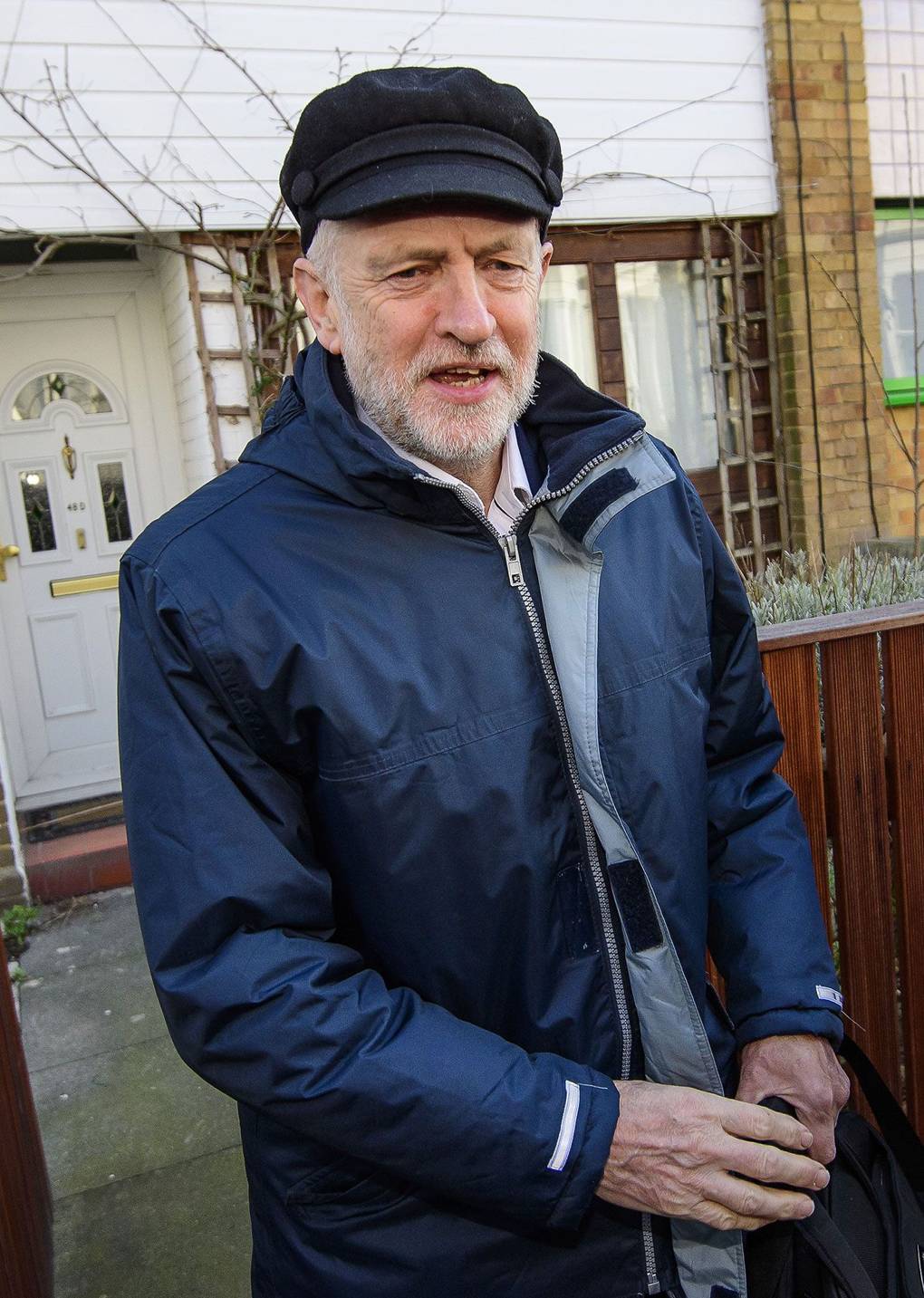 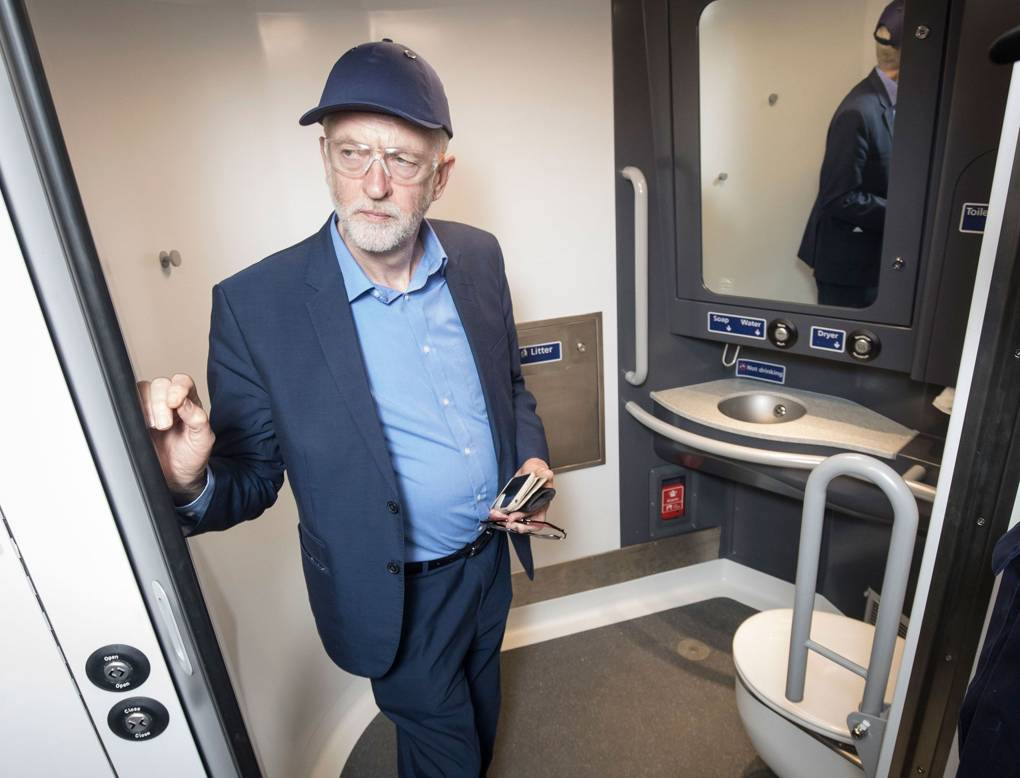 Ok that baseball cap is just taking the piss.

I mean honestly, here is a reminder of how Corbyn used to dress. 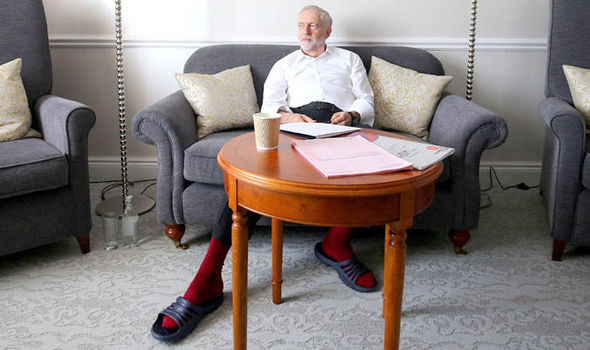 Yes those are socks with sandals! Red socks, of course! "What is wrong with brown anyway?" Nothing I can think of, Jezza.

I don't even know what you can technically call that sort of "all tracksuit" action, but I know I call it awesome!

And I know what many of you are thinking. "Really comrade, the fucking election is tomorrow. Now is not the time to be bringing up such criticisms, no matter how important and eloquently expressed as they are on your wonderful, well-written blog!"

I get it. It is a crucial election and Corbyn-led Labour must win. But that does not mean we must lose our critical faculties! Or choose to be quiet on the things that matter out of some cheap electoral opportunism!

The day we cease to speak out on the things that matter is the day we begin to die, as a very wise person, whose name I cannot be bothered googling right now coz my fucking Internet is so slow it's driving me insane, once said.

But, despite my strongly worded criticisms here, I wish to still emphasis that, from Australia and with full solidarity, I support a vote for Corbyn's Labour. I merely do so critically, and well aware of the limits of a supposed anti-establishment socialist entering Westminster in a tailoured suit.

What price now for a shallow piece of dignity?
I wish I had a bottle
Right here in my dirty face to wear the scars
To show from where I came