Five covers of Tom Waits you need in your life right now! It will blow your mind in the most amazing way possible!!! 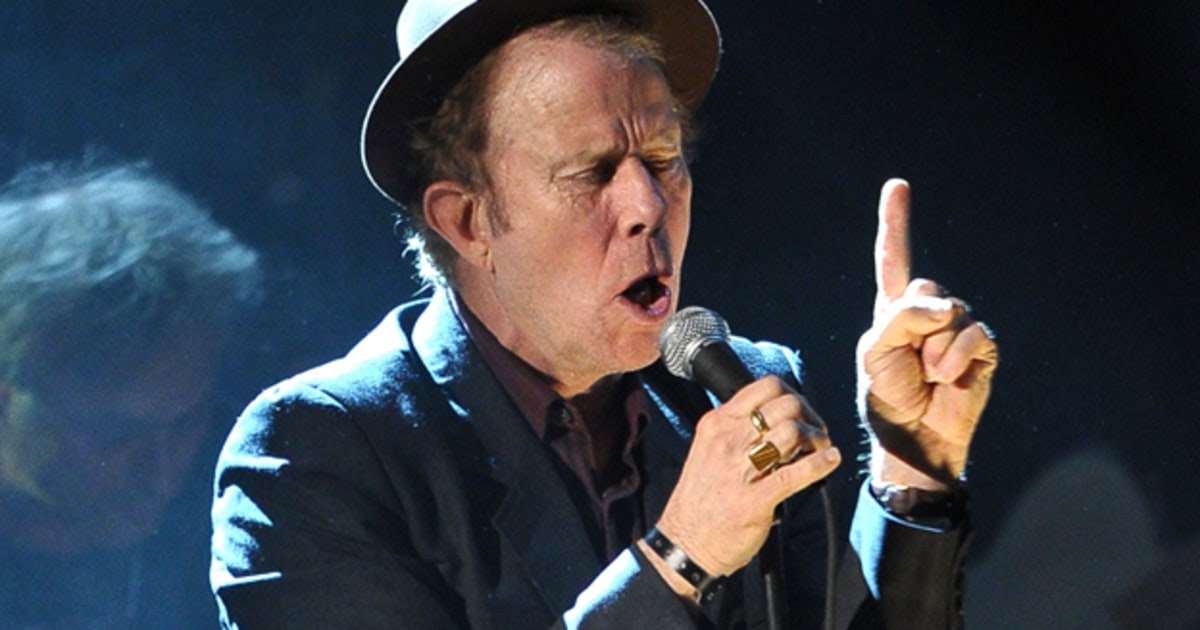 Yes that is click bait. I mean, yeah, listening number four on this list gives me fucking chills. Listening to a Tom Waits song always give me chills.

But if just one person is conned into listening to a single Waits song, then the end most certainly justifies even the most irritating means.

And we do need more of the sheer glory that is Tom Waits in our lives. For fuck's sake, Donald Trump is running rampant, the latest climate science is terrifying and the Western Sydney Wanderers are struggling to hold on sixth in the fucking A-League (and don't even mention what allegedly passes for the Wanderers' Asian Champions League campaign).

These, of course, are not simply "Tom Waits songs". They are five great covers I stumbled across while trawling YouTube.

It seems to me that ii is a basic, self-evident truth that Tom Waits is an incredible songwriter. I mean some things are just a fucking given, even in this strange age of alternative facts.

However, I am forced to accept, though I do not pretend to understand, that Tom Waits famed ultra-gravelly voice is something of an "acquired taste" and the voice can put-off for some from enjoying the remarkable storytelling and song-writing craftsmanship of which Waits is one of the greatest practitioners.

Waits voice is actually a tool to express emotion and serve the story telling. There is a sense that Waits just sounds like a Cookie Monster impersonator (or vice versa) , and, yeah, he sometimes does. But his voice is actually quite versatile and used in range of ways, including a sort of falsetto.


An instrument of subtle melodic grace and brutal rhythmic power, his voice breeds metaphors as much as it delivers unmistakable sounds. It’s a worn leather bag, a broken chair, a lost dog that has just found his owner, a day without rain, a children’s choir with strep throat and the purest producer of deep feeling I’ve encountered. The last one isn’t a metaphor, I realize.

More prosaically, Waits has a falsetto and a basso, a holler and a croon. It’s a voice that can take in the full breadth of human experience, on songs like “A Little Rain” or “Last Leaf,” managing, in its gentleness, to find new ways, through story and through image, to put the listener elsewhere, to put them deep inside a song.

Personally, I think as good an example as any as to the value of Waits' voice is his beautifully sweet song to the love of his life, who he was soon married -- 1980's "Jersey Girl". It is a song whose sweetness threatens to  overpower but for the way Waits' voice grounds it, brings the soaring sentiment of love down to Earth.

The beauty of its sentiment is contrasted with the harshness his voice, making it even more moving -- a man whose voice suggests suffering losing himself in the joy of finding true love, itself a love grounded in the very real urban landscape of New Jersey.

(Bruce Springsteen famously made the song a concert standard, and he also knows how to deliver a song like this with just enough dirt to carry it. An example of what happens when you fail to moderate its sweet core is Bon Jovi's horrific cover, which you can check out for purposes of scientific research.)

But... regardless... there are plenty of ways to skin a tale of a broken heart, and these covers all present Waits songs with vocals that serve the stories without grating any poor sensitive eardrums.

On his 2007 Orphans triple album of previously unrecorded tracks, Tom Waits divided his music into the broad categories of "brawlers", "bawlers" and "bastards". Three of these five tracks fall clearly into the "bawlers" category ("Alice", "Hold On" and "New Year's Eve"), which is probably the one on which Waits has most built his songwriting reputation. These are tales of heartache as people ground down by society struggle to find a way to keep on going.

One of the tracks fits pretty clearly into the "brawlers" basket -- "Bad As Me", a raucous tale of joyful sinners from his 2011 album of the same name.

And the other doesn't really fit exactly into these categories. "Clap Hands" is from Waits classic 1985 album Rain Dogs, his album inspired by living in New York, in which he presents the city's streets are overflowing with drunks and weirdos in a surreal dream-scape. The song, and the rendition below (second on the list), captures that pretty well.


'And so a secret kiss brings madness with the bliss...'

That line has always struck me. This is beautiful rendition of a song filled with a bittersweet melancholy.

At the start, Evan Ivey, who I know nothing else about, says the song "saved my life". I don't know what prompted her claim, but she is not alone. You can read a moving account by blogger William Henry Prince in which he explains in detail how a Tom Waits song did, in fact, save his life.

There is also a Reddit discussion of people discussing how listening to Waits saved their lives, and I can believe it. Waits certainly makes me want to save this world from the rapidly developing eco-holocaust coz what is the point of achieving something as glorious as Tom Waits' output only for it to be destroyed along with the rest of human civilisation? You can hear Waits' equally spine-tingling original.


'Said steam, steam, a hundred bad dreams, going up to Harlem with a pistol in his jeans...'

The Dirty Diary's YouTube account has some similarly great versions of other Tom Waits songs, as well as some other impressive dirty blues all recorded in his home. This is not a million miles from the original, but still a stunning effort and, like all five tracks, probably more immediately accessible to someone not already a Waits fan. Hear the original.


Down by the Riverside motel
It's ten below and falling
By a ninety-nine cent store
She closed her eyes and started swaying
But it's so hard to dance that way
When it's cold and there's no music...

I have to admit, I did not expect to like to like this as much as I do. The three acts combining for the cover -- Burroughs,  Hi Ho Silver and The Native Siblings -- all seem the kinda middle-class indie kid music that brings out a savage allergic reaction in me that often comes close to requiring hospitalisation.

But... and I don't know anything else about these acts... this is an affecting take on one of Waits' best  heart-wrenching "story" songs. Hear Waits' original.

'The stars looked like diamonds, then came the sirens. And everyone started to cuss...'

I had never heard of Madison Ward and the Mama Bear -- a son-and-mother folk duo -- before this very solid cover of a track from Tom Waits 2011 Bad as Me album. It is a story song in a similar vein to  "Hold On" and, in a just world, would be to New Year's Eve what The Pogue's "Fairy Tale of New York" is to Christmas.

It is great cover by an act that, listening to some more from them, definitely seem worth following. And, as I said at the start, their cover gives me chills. Hear the original.

FUCK I LOVE SHOVELS AND ROPE! My love of Shovels and Rope rivals my love of Tom Waits, and if you've made it this far into this post you'll grasp how big that praise is for me. I could rant a lot about Shovels and Rope, but that is a topic for another blog post (like this one).

I'll just note their combination of deeply affecting harmonies with the dirt and sweat of rock'n'roll, served up as a raw, dirt stained duo is second to none, performance wise. And here... they dedicate themselves to Tom Waits and produce an energetic, electric cover worthy of The Great Man himself. You can hear the original here.
at 3/02/2017 11:56:00 pm