For god's sake, just let the unemployed get as trashed as they fucking want 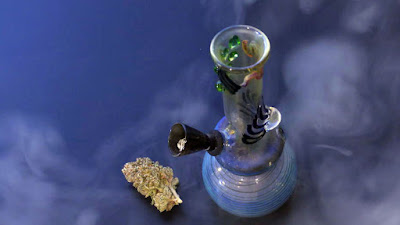 Of all the points raised by the federal government's latest bid to drug test welfare recipients, no one seems willing to say the obvious: for fuck's sake, just let the unemployed get munted!

Honestly, if you're not going to provide any fucking jobs (and there is one job for every 15 job seekers, and that's going on the understated official stats) and you also subject those without a job to well below poverty line incomes, then also subject them to a cruel bureaucracy that docks their shitty pay if they breath irregularly, then at the very fucking least let them pull a few fucking cones to cope.

Who are they actually hurting if somehow, out of their poverty pay, they manage to score?

Yet almost no one opposing drug testing welfare recipients dares raise this point.

It is all "oh people who are addicted need help, not punishment!" And yeah, the resources for people who need treatment for problematic drug use are severely lacking, and this is a scandal and an example of the hypocrisy of this government and emptiness of rhetoric about "dealing with drug addiction".

And yeah, testing such people if they are on payments, potentially cutting off their very meagre source of income, is a recipe for disaster as well as unspeakably cruel.

But there is a huge fact no one wants to talk about: the vast majority of people who use drugs, legal or illicit, whether they are employed or unemployed, do not have a "problem" that needs treating.

They just like to get off their fucking faces when the opportunity arises, and why the fuck not seeing as we are rapidly heading towards an ecoholocaust destroying the basis of the planet to sustain human civilisation?

Anyone who doesn't need to escape this reality in some way is probably a psychopath directly profiting from the destruction, and let's face it, those pricks surely have access to some very pure, high quality narcotics to abuse to their shrivelled, black hearts' content.

The poor, on the other hand, are just not allowed to have fun.

They are not allowed to escape the nightmare other, more powerful people, have built for them.

At very best they get to be "deserving victims", poor "addicts" who need saving.

What seems beyond the popular imagination is the idea that maybe they have the same fucking right to get out of their skulls from time to time as anyone else in this God forsaken "society".

When not talking about the poor addicts needing saving, opponents of drug testing welfare recipients like to point out the blindingly obvious: those on the dole can not afford to eat properly, much less buy drugs.

This, as opponents of drug testing point out, is proven by the testing of sewerage in Australian cities (which shows it is rich suburbs that actually use the most drugs, unsurprising as drugs actually cost money), and by the fact that when this was trialled in New Zealand, only 0.3% of welfare recipients tested in 2017/18 returned positive results.

But what no one else seems willing to say is that this is a fucking disgraceful state of affairs! This surely is as strong an argument as any to back the campaign to raise the rate of Newstart, so the unemployed can actually afford some drugs. This would be good for the  economy, as more money would flow to hard working small businesspeople such as local dealers.

Plus, if anyone deserves to get as wasted as humanly possible, it is the unemployed! It is poor bastards forced to deal with the dystopian "job network providers", who don't provide jobs but do specialising in torturing those laughingly called "job seekers" (despite their being fuck all jobs to seek) while taking huge hand outs of tax payers money.

That is, these "providers" bludge off the taxpayer (by more than $1.5 billion), which is the very thing those who hate the unemployed complain about most. This is ironic seeing as, by available evidence, no one hates the unemployed more than these "bludging of the tax payer" job network providers!

It's not easy trying to live on the dole. My housemate is on the dole, and I'm not saying he takes any opportunity to smoke himself into a total stupor. Hell no! He often bakes space cake as an alternative way to achieve oblivion.

And here we get to a further, but rarely raised, hypocrisy. Whether your "poison", as the kids say, is a legal and socially acceptable drug or not.

It should be obvious from the title of this blog that my preference is soaking my liver in non-medically recommended ways. But alcohol is hardly a "better" drug. It is just one that is socially acceptable, and legal as a result of pure historical chance.

I work in the area of harm reduction for people who use drugs. I work with people, and I mean as colleagues not "poor souls to be saved", who, for instance, are frequent users of ice, are former users of ice, and are sometimes users of ice. The same with heroin.

And the difference with this and my experience of working with people who frequently drink too much, who used to drink too much, and who sometimes drink too much is... nothing at all.  People can fuck themselves up with intoxicants, find some balance that works, actually be more functional due to some level.of use, and every other variant relating to intoxicants. Our society, from top to bottom, is riddled with unthinking hypocrisy about intoxicants.

So we have a double whammy of stigma and discrimination.

For fuck's sake... just let the poor get wasted. If only because, whatever else, without their coping mechanism, they will probably get quite violent. And frankly, so they fucking should.

I only had a couple drinks last night

And few good hits from an antler pipe

And I must admit, I had a few white lines

And I don't know what all happened...