Remembering Guy Clark: 'I believe everything you're saying, just keep on, keep on playing...' 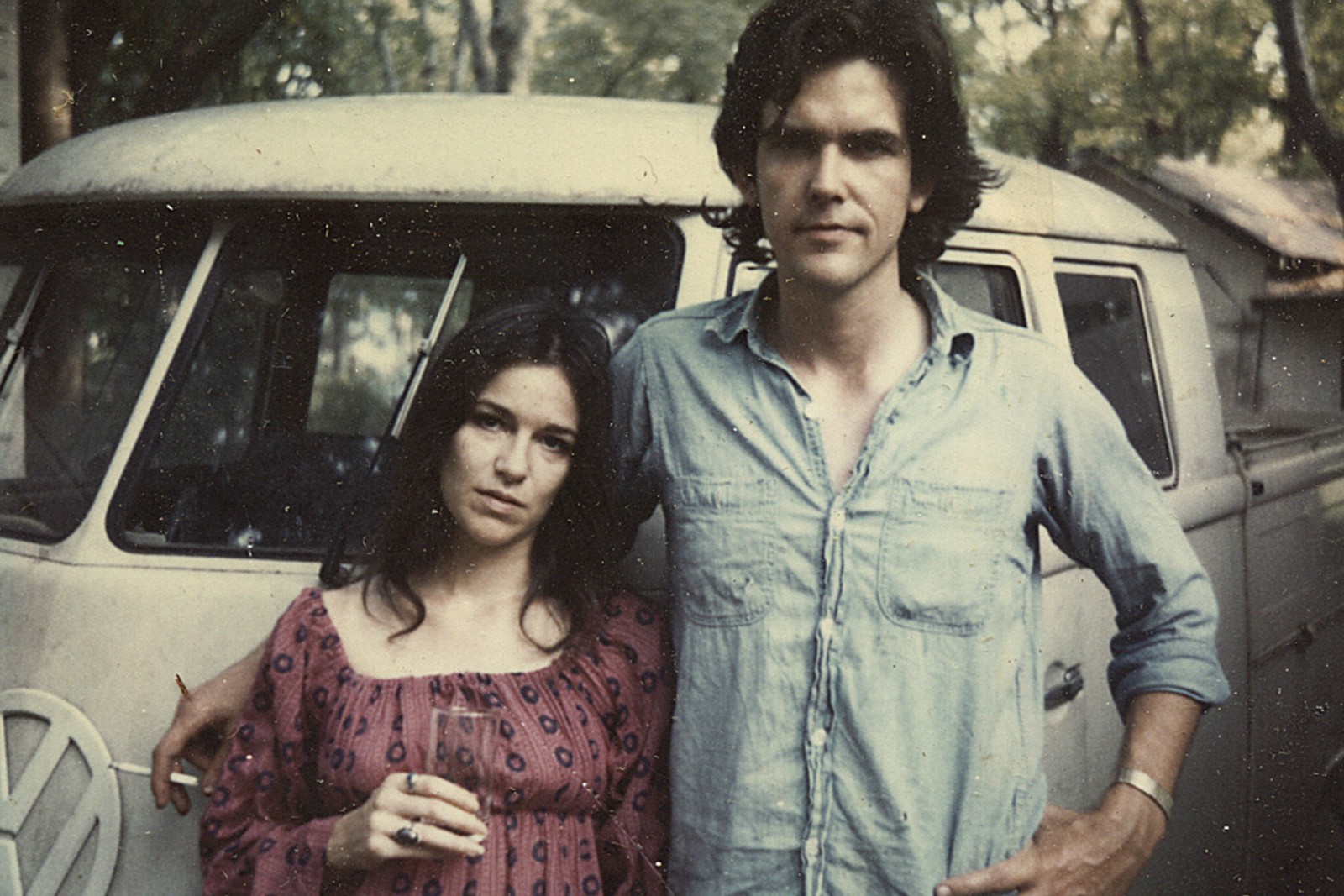 Guy Clark, the godfather of an incredibly creative Texas music scene who died on May 17 aged 74, is described, at his official website as a "master songwriter".

There are few who could make such a claim without it jarring as an unseemly boast. But there's no empty boast or inflated ego here. It is simply an accurate description of Guy Clark, who built a stronger bridge than anyone else between country music and poetry.

To mention "poetry" suggests pretensions, but there is zero pretense to a Guy Clark song. They are stripped back, recorded simply and featuring lyrics filled with straight-forward yet vivid images. I hear a Guy Cark song and I can see every bit.

Clark sings his most famous song, "Desperados Waiting for a Train", and I can see the scenes clearly. The old men in the Green Frog Cafe with beer and dominoes; the kid hanging off the old driller (a real character from Clark's life), absorbing everything he sees, driving the elder's car while the drunken man slumps in the passenger seat; and the bemused sadness and nostalgia taking over the fully grown Clark as he watches his hero disappear irretrievably into the black hole of old age.

He sings "The Randall Knife", a story about his father told through his relationship with a famous brand of knife, and I see the knife. I see Guy Clark as a boy managing to snap off half an inch off the prized possession when, in his youthful incompetence, he tries to "stick it in a tree". And I see the adult Clark, opening the bottom draw in his dead father's study, taking out the knife from where it has long sat, being overwhelmed by tears.

That song is as good as an example as any of Guy Clark's mastery of the form. It is filled with sentiment, yet never becomes soppy, or even damp, with sentimentality. It is like Clark's songs were carved from granite and he delivered them with the dirt still on.

"LA Freeway and Desperados – they were like [Sam] Peckinpah movies, they were that powerful. Then he had this ability too to write these incredible love songs that were just so simple in what they said. And turn around and write Dublin Blues that would make you cry."


The simplicity and directness of Clark's songs is not accidental. He crafted them with care and everything extraneous was cut off or filed away, until all that is left is all needed to tell a heart-rending story with a well-packed punch. The result is a collection of songs that, each of them, sound like a picture of the sun setting on a lone tree in the Texas outback that has survived a century of battering storms.

Guy Clark was the best self-editor I've ever come across. He had lines that other songwriters could hang a career on, but Guy would throw them out if they didn't fit the narrative. That was the technical part of his skill as a writer.


To consider how consistently great Guy Clark was, his final album (2013's Pictures of You) is of the same quality as his debut, (1975's Old No. 1). If that sounds like a backhanded compliment, implying he hadn't developed over his career, then you clearly haven't heard the debut.

Few debuts can have contained so many classics -- "Desperados", "LA Freeway", "Old Time Feeling", "Anyhow I love You", "Let Him Roll"... Not even Tom Waits, who can make the rare claim to being a better storytelling songwriter than Guy Clark, had a debut of the same calibre. It took Waits probably four albums (until to 1976's Small Change) before he developed from "promising" to "brilliant". Clark's first album was already there.

On "Let Him Roll", Clark sings a chorus in which a wino declares that "Heaven was just a Dallas whore" -- and manages to make the listener feel genuine empathy for the characters, the alcoholic and aforementioned sex worker both. Not for nothing does discussing Clark bring to mind Tom Waits (whom Clark pays tribute to in the bitingly ironic "Cold Dog Soup").

A perfect measure of the quality of Clark's early music is the fact that Johnny Cash covered two songs from his debut ("Let Him Roll" and, with the Highwaymen, "Desperados") -- and then covered a third from his second album. Cash covered many songs from many artists, but I doubt too many could claim such a hit rate with their initial recordings.

It is hard to talk about Clark without raising his late friend and fellow Texas country singer Townes Van Zandt, who died in 1997 aged 52. Hubbard notes:

Guy and Townes – that was the level that everybody aspired to. I don’t think anyone reached that level of writing that the two of them did. But if your heart was in the right place, you would aspire to that caliber of writing.


It can be frustrating to consider the relative obscurity Clark enjoys; in his field he is a giant, but outside is little known, except perhaps some who may have heard "Desperados" at some point. From Sydney, Australia, where there seems an ingrained hostility to country music unless you can package it up in some cool label like "alt.country" or "Americana", that obscurity can seem overwhelming.

Van Zandt, on the other hand, although hardly a household name, has a cult following Clark never developed outside his own genre. Partly, this might be explained by the "doomed romantic" side to Van Zandt -- the genius poet who drank himself to death (unlikely to have felt very romantic to anyone who knew him).

Clark, no stranger to some heavy drinking (just look at the boozy scenes in the great 1976 documentary about the Texas country music documentary Heartworn Highways), was far less a "burn bright and burn out" character.

But partly Van Zandt's cult comes not from myth, but the very real spark of genius that seems to enliven his songs. Clark, on the other hand, was much more the hardworking craftsman. He fashioned songs like a master carpenter fashions a beautiful-yet-functional chest of draws. They last.

Clark was a giant in the history of Texas music and country music more generally -- both for his own music and his role as mentor to more than one generation of up-and-coming songwriters. Clark was a huge source of direct inspiration to a whole generation of songwriters in Texas and Nashville and beyond. You can see his status as the head of a rambling troupe of younger performers in Heartworn Highways (including a young Steve Earle and the aforementioned Crowell).

For instance, one successful country singers (and I reject bullshit labels like "roots music" or "Americana", which are just ways to try to make country music sound cooler to ignorant dickheads who think "country" means OTT country pop singers with stupid cowboy hats leading line dances, as opposed to one of the most vivid and alive forms of folk music) Gillian Welch wrote on Facebook after Clark's death:

Guy was one of my most vocal, and inebriated, supporters when I moved to Nashville. He used to recite my lyrics aloud at dinner parties and barrooms to people who said they had never heard of me. He took Dave and I out on the road with him for our first tour through Texas, where I learned more than I could ever say. I could never thank him enough for his support and his artistry ...

For more than 40 years, the Clark home was a gathering place for songwriters, folk singers, artists and misfits; many who sat at the feet of the master songwriter in his element, willing Guy’s essence into their own pen. Throughout his long and extraordinary career, Guy Clark blazed a trail for original and groundbreaking artists and troubadours.

When I hear the likes of Guy Clark -- when I hear his song about a woman's dash for freedom in "She Aint Goin' Nowhere", for instance, filled with poetic humanism -- I always think that letting this world be destroyed by corporate greed is too insane for words. Who could let a world that produced such beauty be killed off.

I made a playlist of 21 songs by Clark, but below that is a handful of songs of other artists covering Guy Clark (or in the case of Hayes Carll, singing a song he co-wrote with Clark).

But most likely if you are not already a Guy Clark fan, you aren't going to listen to most of these, if any. So if you want one Guy Clark song that best captures his simple, heartrending poetry, then go for the song Guy Clark calls, in the clip below, his own "favourite song". When you listen to it, consider how, like New South Wales where I live, the government is cutting women's refuges.


'That old time feeling goes sneaking down the hall...'

'I wish I had a dime for every bad time, but the bad times always seem to keep the change...'

'And I'd rather die young than to live without you. I'd rather go hungry than eat lonesome stew...'

'There aint no money in poetry, that's what keeps the poet free. I've had all the freedom I can stand...'


'One man's angel is another man's ghost'


'And everything's forgiven that did not wash away ...'

Not a cover but a song that the brilliant contemporary Texas country singer-songwriter Hayes Carll co-wrote with Clark for Carll's 2005 album, Little Rock. Carll was just one of many beneficiaries of Clark's mentorship and collaboration.

Well, Johnny, Willie, Waylon and Kris know a classic song when they hear one. There is not much that can be said when they cover you.